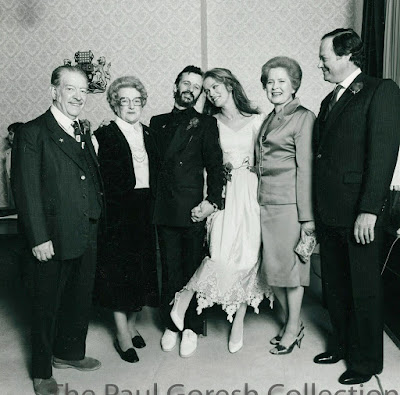 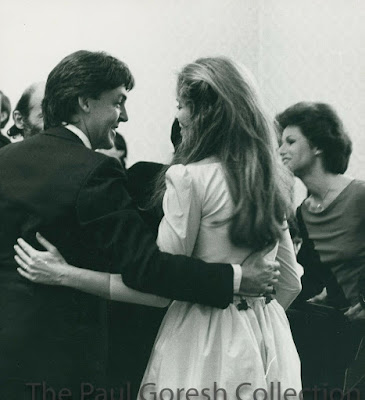 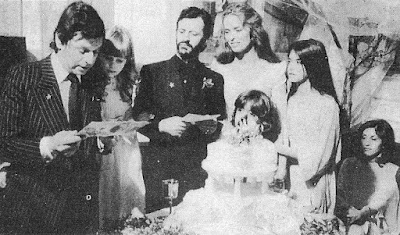 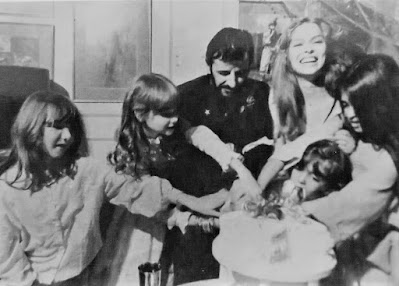 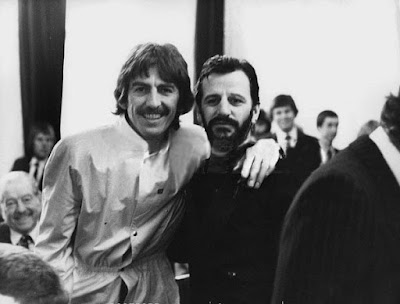 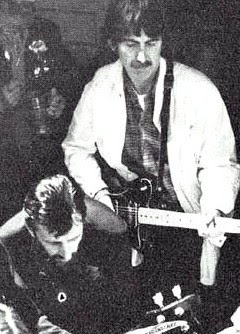 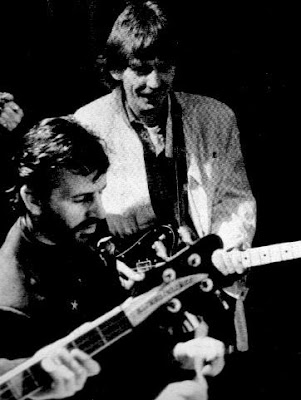 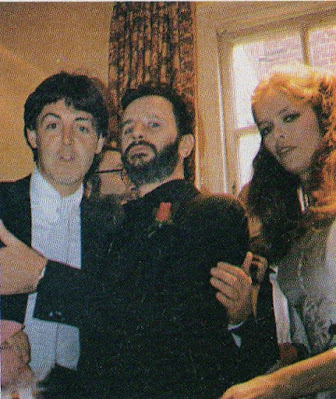 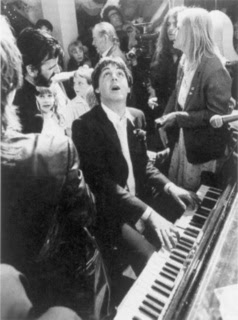 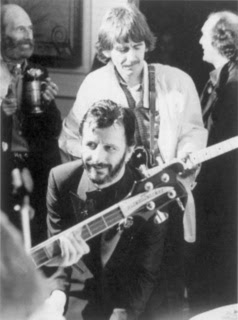 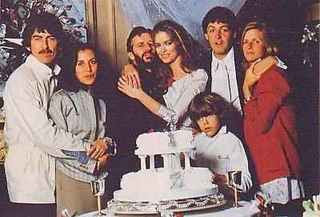 Apri 27, 1981 - - After Ringo and Barbara exchanged vows, they went to a nightclub in the Mayfair part of London called "Rags" for a reception.   Between 50-70 people were invited.   Besides George, Paul and their wives (and in Paul's case children - I guess the Harrison got a babysitter for Dhani), also at the wedding were Ringo's parents, Barb's parents, Barb'd children from her first husband,  Derek Taylor (and wife, Joan), Neil Aspinall (and his wife, Joan), Harry and Oona Nilsson, Hillary Gerrard, and makeup lady named Barbara Daley and a hair guy named Leonard.  Terry O'Neil took photographs.

Everyone left with a large solid star and of course, the wedding cake was also shaped like a star.

The biggest and most exciting news from the reception was that the "Threetles" (which they wouldn't be known as until the mid-1990s) were heard making music and some people even say that they heard "Beatles songs" (although which ones is unknown to me).   But from the photographs, we see that Paul played piano and George was on the guitar and Ringo seems to be playing some sort of make-shift drum and also a guitar.   Oh to have been a fly on the wall of the Rag nightclub on April 27, 1981!