As another year comes to a close,  I will take some time to do my MTBFR tradition of looking at the yearly stats on the site and seeing what some of the most popular posts were from the past 365 days.

One this that is for certain:  readership was WAY down in 2018 from previous years.   I don't know why.   And at first, it sort of bothered me.   Are Beatle fans no longer interested in the content I have on this site?    But then I realize that it really doesn't matter.   I am not getting paid for this site, so it isn't like my income went down.    And I do this mainly for fun.  I enjoy doing it.   That hasn't stopped, so what does it matter honestly if I used to get 2,500 hits a day and now I get 1,300?

So let's take a look at the most popular posts of 2018.   It gives us a chance to remember as well as gives you a chance to look at it in case you missed the posts. 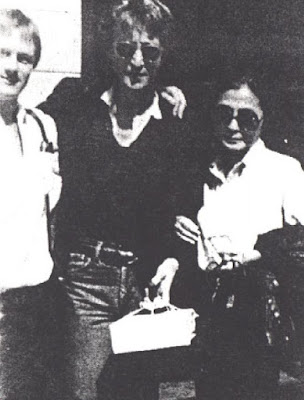 This post is more than just a great 1980 photo of John and Yoko.  It is a search for Tommy, who is photographed with them.   As far as I know, Tommy's former penpal is still trying to find him.  Maybe you can help? 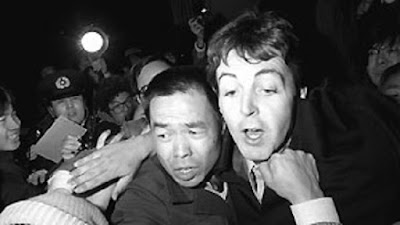 What can I say?   Paul's arrest in Japan in January 1980 is always a popular topic among us fans. 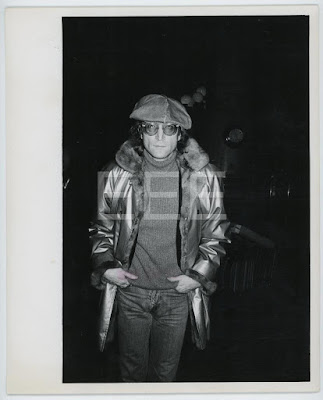 There is nothing I like more than piecing together information to figure out when and where a certain photograph was taken.    Working together, we became certain that this photograph was taken outside the Plaza hotel.   But was it taken on the last day Ringo and John saw each other?    Go back and read through the comments and see what you think.   (Personally, I like to think that it was taken that day).

It is always a special treat when a fan shares a photo with this blog.   Again much thanks have to go to Annette for sharing these special photos of Paul and Jane from 1968.

Just a single photograph of George Harrison and Robbie Robertson.  However, it is a great photograph from 1968.

I am not going to even post a link to this one.   Over the summer I ran a contest to win some great Yellow Submarine themed prizes in honor of the 50th anniversary of the film.    It actually was a very popular contest.    Which reminds me:   2019 will be this blog's 10th anniversary and I have some great contests planned, so keep visiting for the upcoming contests!

As you look at the date this was posted, it should be obvious that this was an April Fool's joke.  I sure had a lot of fun writing it and I hope you all got a chuckle.

One of my all-time favorite photo of all four Beatles with fans.   When I posted this, it had just been unveiled by Mark Lewishon.   Some people on Facebook were saying it was a fake, but come on--- look at it and you will know it is the real deal.

Well on September 7, 2018 backstage at the Fox Theater it happened.   I finally met one of the Beatles!  I met Ringo and lived to tell the tale on this blog.   It was a real dream come true.  I gave Ringo a copy of my book and stood there as he flipped through it and made comments.     It truly was the highlight of 2018 for me and maybe even one of the biggest highlights of my life. 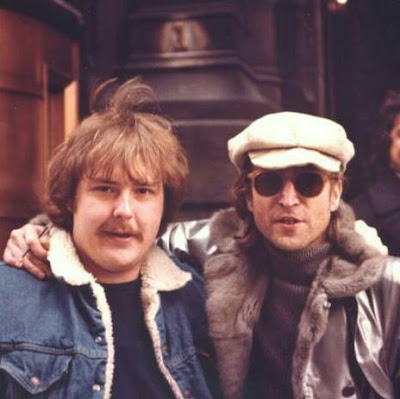 It is always sad when the most popular post on this site is because someone passed away.   But I think it really speaks volumes about Paul Goresh that so many people came here after his death in January to pay their respects and share their memories.   And it is an honor for me that my site about fans that met the Beatles is where people come to look for information about Paul and his special relationship with John.
Posted by Sara S. at 2:52 PM

Email ThisBlogThis!Share to TwitterShare to FacebookShare to Pinterest
Labels: It's my blog and I will post what I want to, John Lennon, new years eve