The Beatles at the Melbourne Town Hall

When the Beatles attended a reception with the mayor at the Town Hall in Melbourne, it seemed almost like a repeat of the reception the boys attended in Washington D.C. in February of 1964.   Originally there were 150 special guests invited, but that number grew to 350 people because the mayor was a very nice man who gave out invitations to fans who wrote to him asking for one.

Prior to the reception the Beatles were to appear on the balcony of the Town Hall.  15,000 people showed up in the street to see them.   The Beatles, along with the mayor and his young daughter, Vikki stepped out to the balcony and waved to the crowd belong.  She remembers, "People were even hanging out of the windows of the Manchester building." 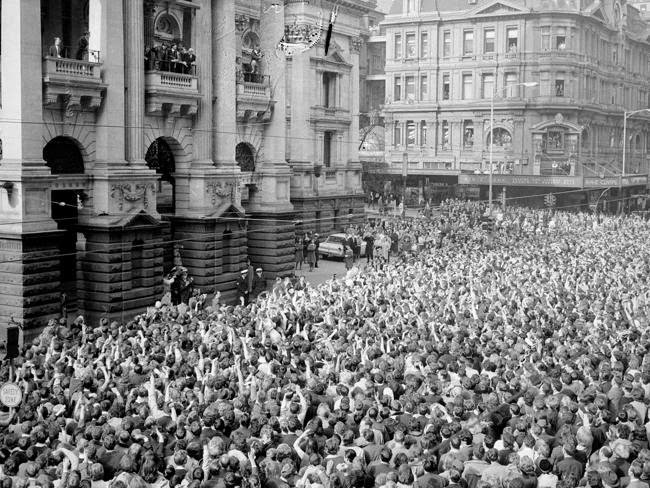 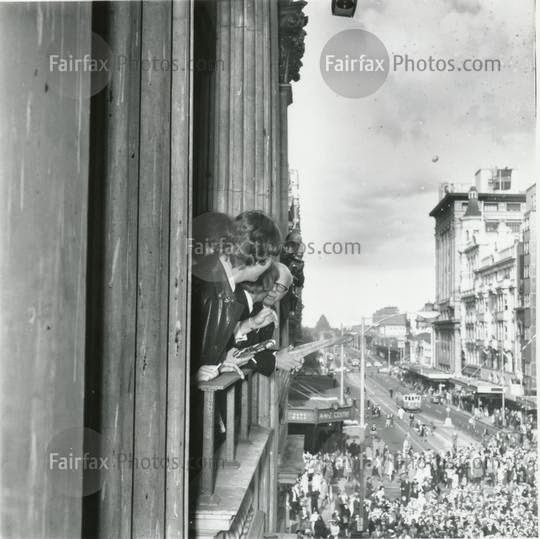 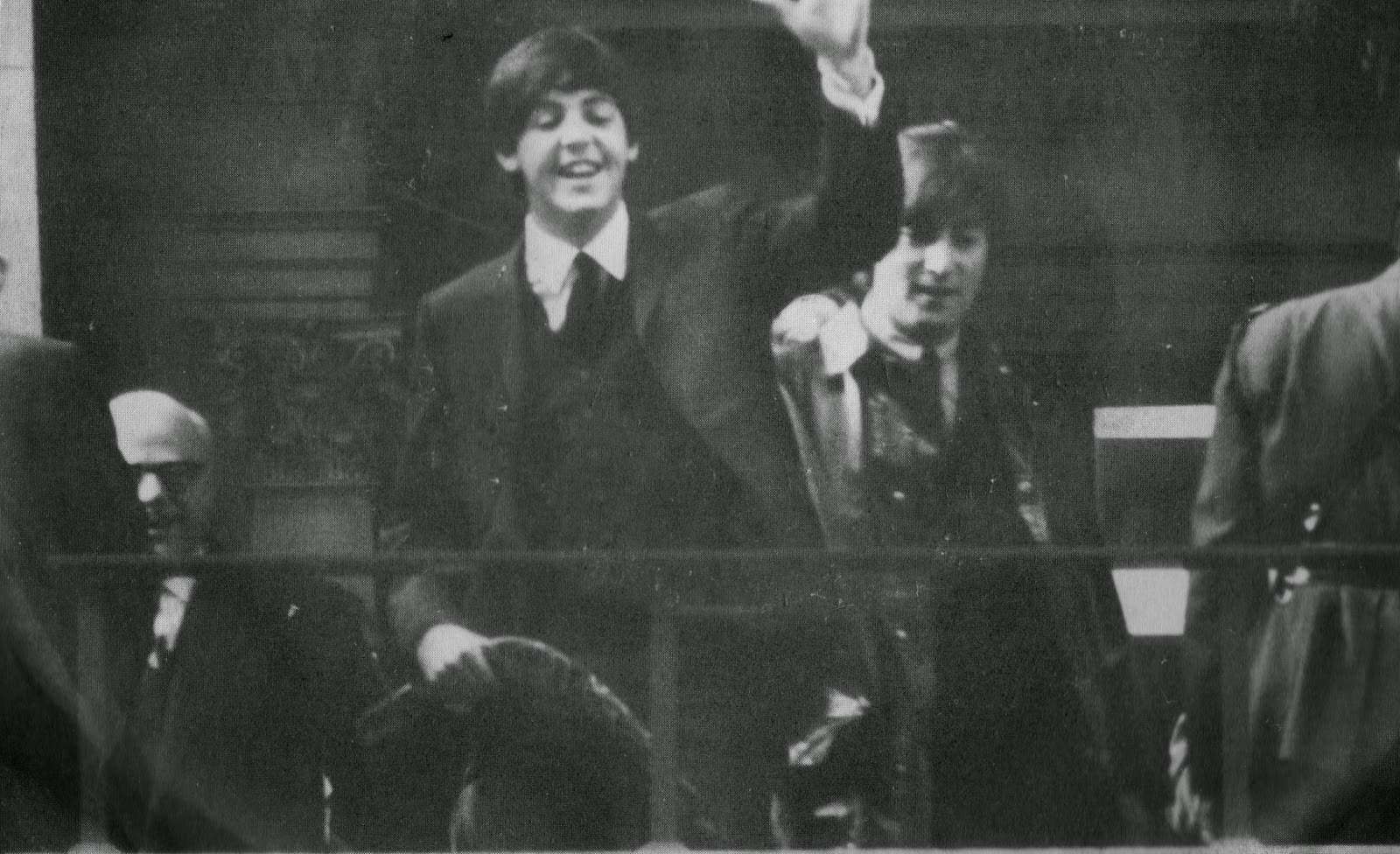 Originally there was a "no autographs" rule in place at the reception, but that rule was broken by the mayor himself and suddenly pure insanity broke out.  The attenders of the reception were pushing, shoving and doing whatever it took to try to kiss or touch one of the Beatles.  Derek Taylor stopped one person from repeating what happened in Washington D.C., when he saw one man trying to get a hold of Ringo's hair. 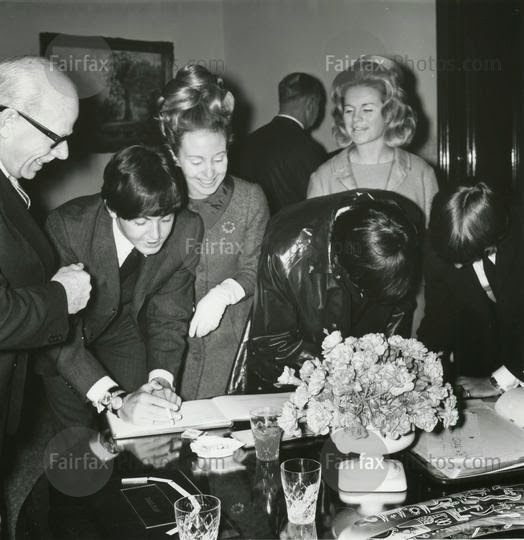 One fan named Annie Cooper had a wonderful time and had this to say in 1982,
"My mother wouldn't let me go to the Southern Cross on Sunday, and I had to content myself with watching it on TV.  But on Monday I received an official looking envelope from the City Council which included a very formal invitation from the Mayor to attend his civic reception for the Beatles.  It turned out that a lady who knew how Beatle crazy I was had written on my behalf asking for tickets, but hadn't told me.  What I remember best is arriving at Swanston Street, seeing all those thousands of people in the streets and being able to walk right in the front door.  When they made their speeches and the Mayor said they would be mingling with the guests, my friend and I stood frozen for about ten minutes but we finally got enough courage to shake their hands.   I think we ended up shaking hands with each of them about six times.  If they did notice our recurring faces they never gave any indication."


Annie and her fellow Beatle fan friends may have been having a good time shaking the Beatles' hands, but the Beatles themselves weren't having a fun time.  After one fan pushed the Mayor's wife to try to kiss Ringo, the Beatle drummer demanded that they leave immediately.   So the Mayor took the boys into another room that was on the second floor.

Here is where the Mayor's 11 year old daughter, Vikki had her most wonderful Beatle memories.

As luck would have it, there was a piano in the room.  Paul McCartney sat down at the keyboard, George, John and Ringo, gathered around with Vikki, her sisters Liz and Ann and her brother Peter making up the circle.  "They were sort of giggling and laughing and enjoying the casualness of everything," Vikki  says.

Vikki recalls, "The Beatles came and as a family we sat around and Paul played the piano.  We had sandwiches and drinks and we sat around singing with them--well they were doing the singing thank goodness.  But that was pretty special."

No one seems to really recall what Paul played on the piano while the other sang, but some think they sang snippets of Beatles songs. 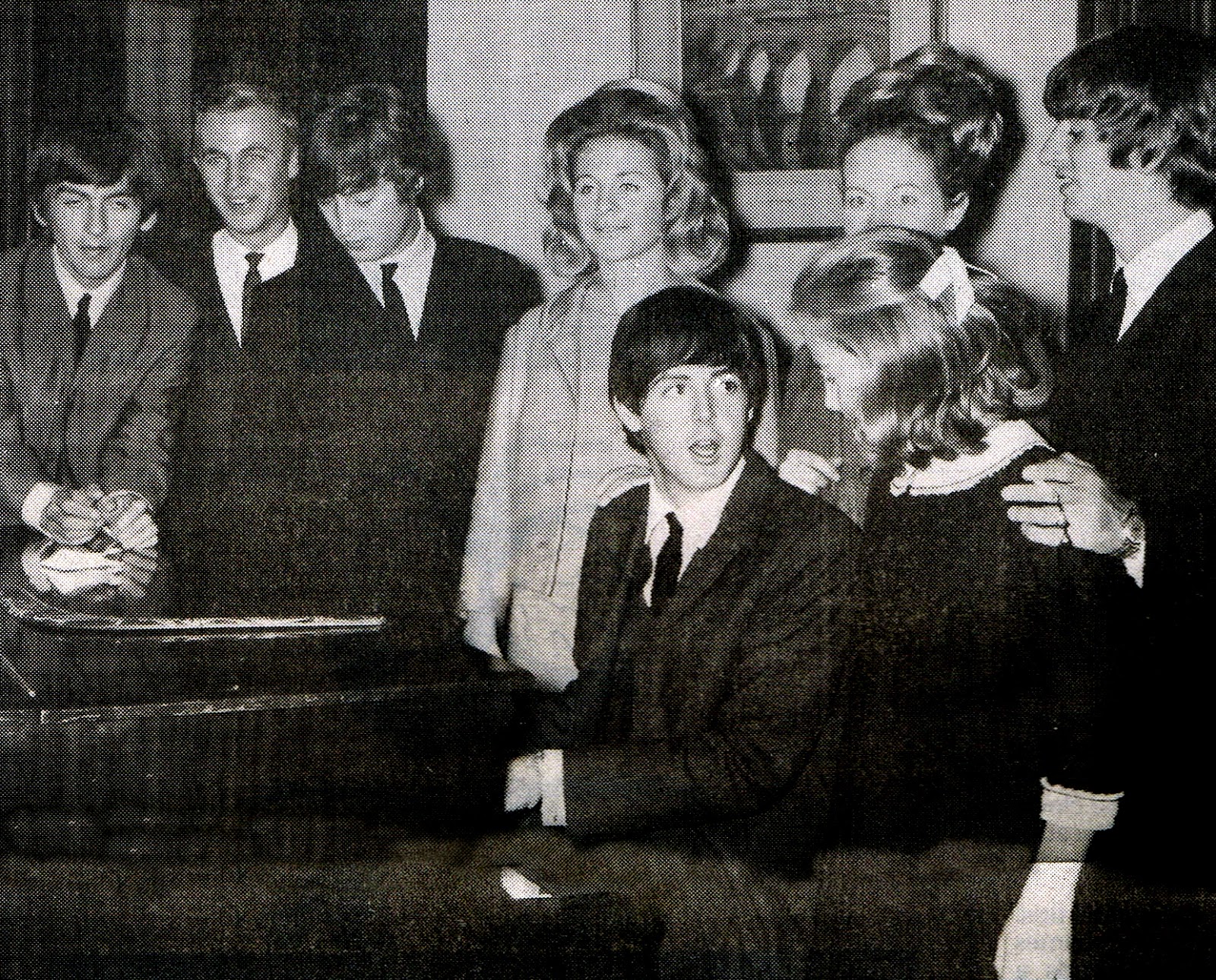 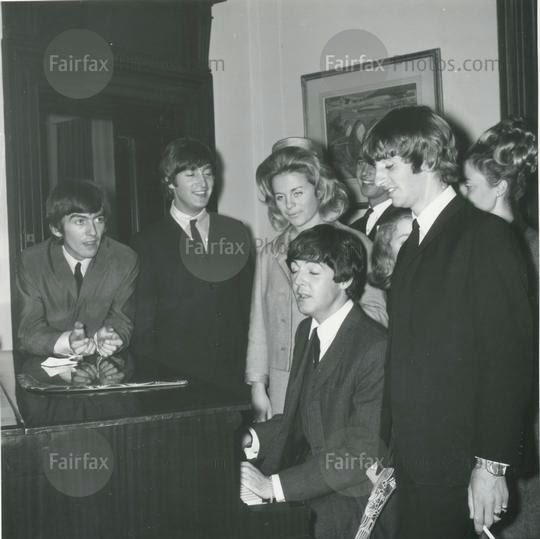 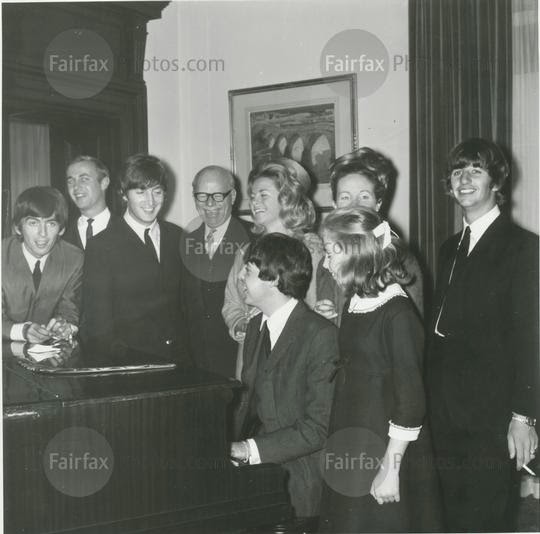 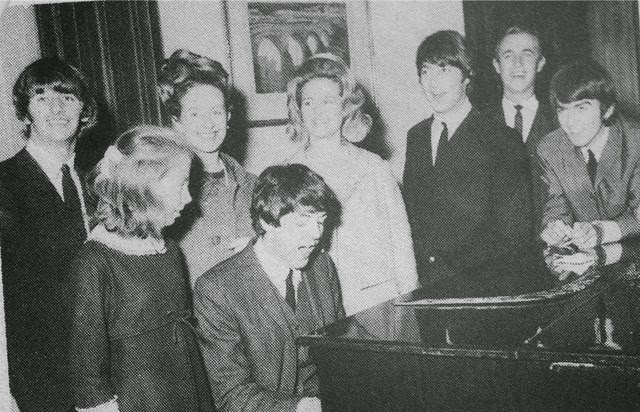 And like all guests of the lord mayor, the lads signed the visitors' book, which Vikki has in her possession. George's handwriting is rather neat, Ringo's messy, Paul's clear with a flourish and John's a scrawl that can hardly be read.  Her mother also had a patch that came off of Paul McCartney's shirt.

Besides sitting around singing, they also listened to a university student named Noel Kemp play the didgeridoo.  Because of the insanity of the crowds, the Beatles stayed half an hour longer than planed and Brian Epstein called their time with the family as "the most happy informal moment since the tour began."   For Vikki Curtis, it was one of the happy memories of her life.  How many Beatle fans can say that they got a private Beatles concert? 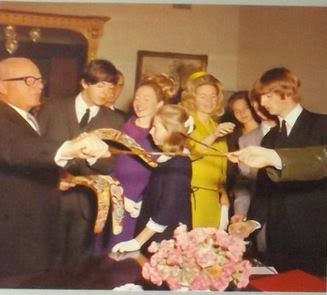 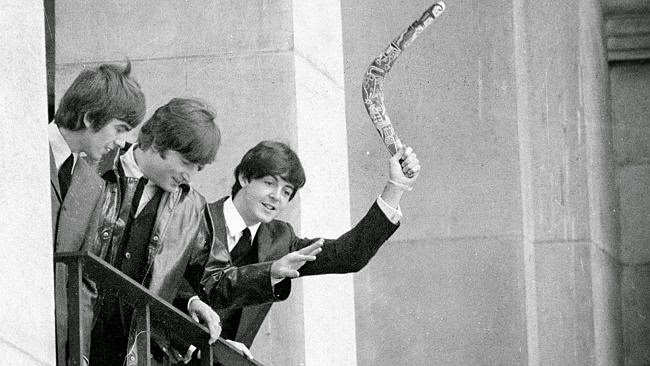 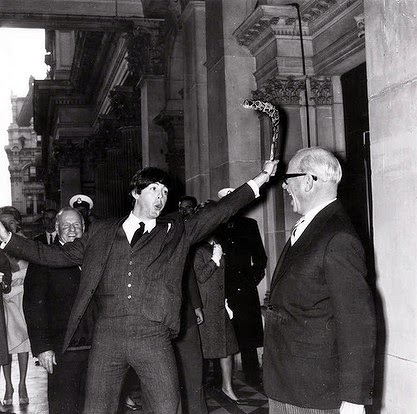 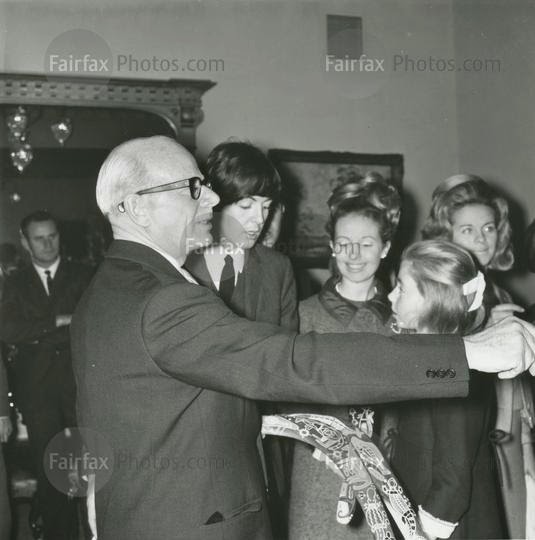 Information for this article came from
The Beatles Downunder (book) by Glenn Baker (1982)
Back in '64, who could ask for more? (article)in the Age, author not listed,  from October 20, 2002
A Brush with the Beatles: Famous Melburnians celebrate 50 years on (article and video)  in the Sydney Morning Heldard by Neil McMahon March 1, 2014