On stage with John in Melbourne

I love the stories of the few fans that actually made it up on stage with the Beatles in concert.  I should make a list of the fans that actually accomplished this difficult task.   One such fan was Brent McAuslan, who got onstage and shook John's hand in Melbourne, Australia.

This story was written by Aaron Landmaid and you can find it here. 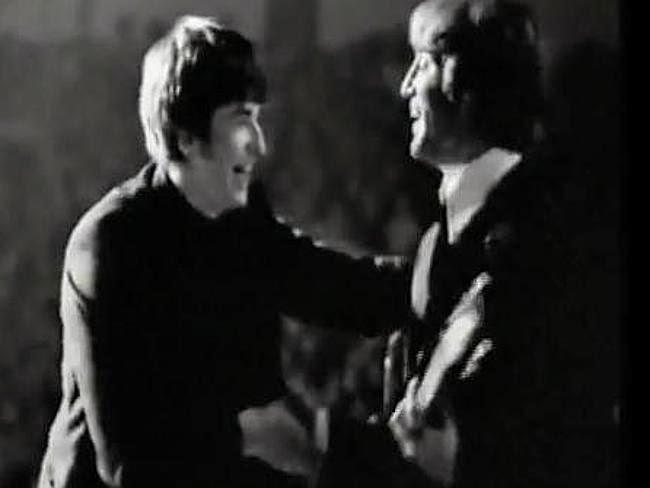 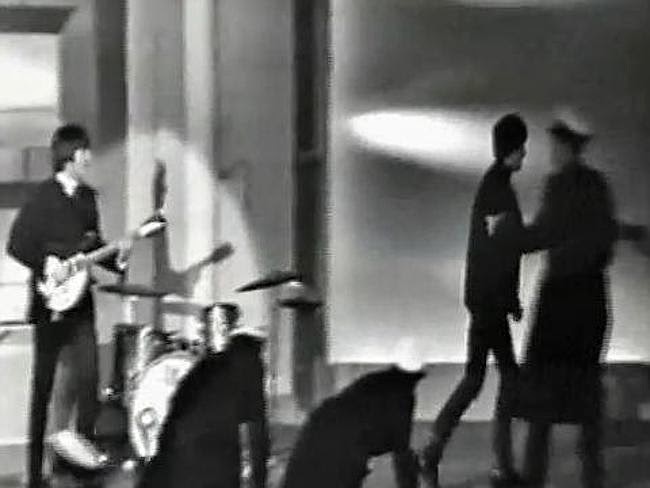 THE Beatles had been on stage for more than half an hour and had worked the packed crowd at Melbourne’s Festival Hall into a frenzy.

As the Fab Four launched into their final song, John Lennon suddenly spotted a young Aussie striding across the stage to meet him.

The kid wasn’t meant to be there. Police and soldiers had created a ring of steel around the biggest band in the world.

Shocked, but seemingly impressed, Lennon smiled widely and held out his hand.

The teenager placed his hands on Lennon’s shoulders in a brief moment of admiration and then turned to face a squad of stern-faced police.

Fifty years later, the ­moment Brent McAuslan met a Beatle is still etched into his memory.

It had been a spontaneous decision for the then 19-year-old. Though, he now admits, the bold move was made easier after he asked a friend to run ahead of him to distract police.

It gave Mr McAuslan a brief window of opportunity and he made his dash for the stage and the history books.

The moment he stood next to The Beatles was captured in print and in grainy TV footage.

“It was the last song so I knew if I got thrown out afterwards I wasn’t going to miss anything,” Mr McAuslan said.

“I got so close to him I could see the makeup caked on to his face and the sweat breaking through it all - it was a remarkable moment for me.’’

Walked off stage, Mr McAuslan said he was trapped against a wall by police. But as the band came off stage themselves, Paul McCartney told them to let him go.

“Honestly, I didn’t think it was going to be that big a deal,” Mr McAuslan said. “But I think the cops thought I made them look stupid.

“Then when Paul told them to let me go, it was like Moses parting the waters. They just let me go back into the crowd.’’

As he did so, he told a Melbourne Sun reporter: “I won’t wash my hand for years.”

Now 69 and living on the Gold Coast, the lifelong Beatles fan has been the subject of numerous interviews and a mini-documentary. Footage of his feat even featured in the recent Martin Scorsese documentary about the life of George Harrison.

A short (only 6 or 7 minutes) film was made about him and I posted the video link from youtube below.