Larry King and the Beatles 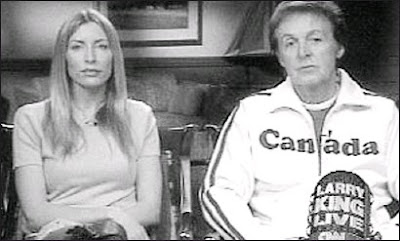 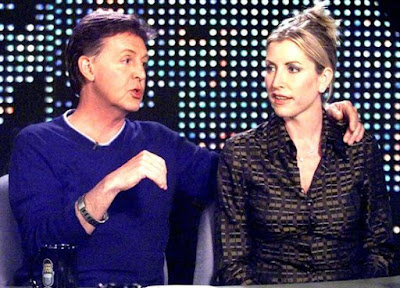 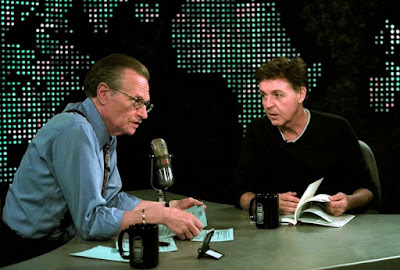 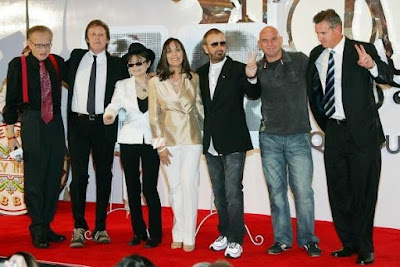 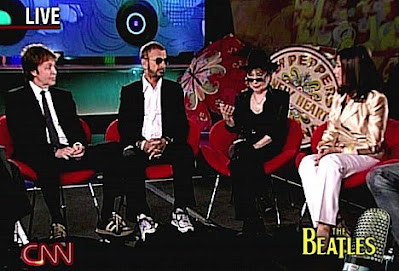 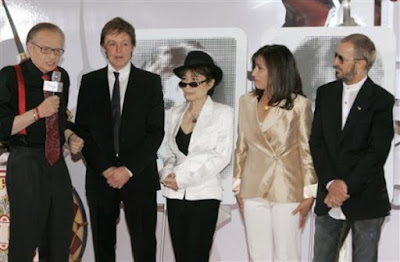 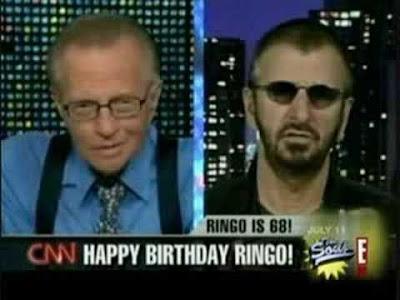 Larry King passed away over the weekend.  He was a well-respected man and his show on CNN was well-loved.   I personally did not care for his gruff way of talking to those he interviewed, but that didn't stop me from watching his show when he was talking to someone I was interested in.

The decade of the 2000s was Larry King's time to shine when it came to the Beatles.   He interviewed Paul and his then-wife, Heather Mills several times in the early 2000s.     They spoke about landmines and seals.

In 2007, Larry spoke with Paul, Ringo, Yoko, and Olivia about the one year anniversary of the Love show in Vegas and was there for the unveiling of the George and John portraits that are in the lobby. This is the famous interview when Larry called Ringo by the name of George.

Then in 2008, Ringo gave Larry a hard time for mentioning how old he was (68) on his birthday during a segment about saying peace and love at noon.