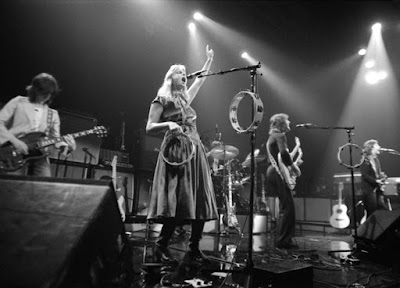 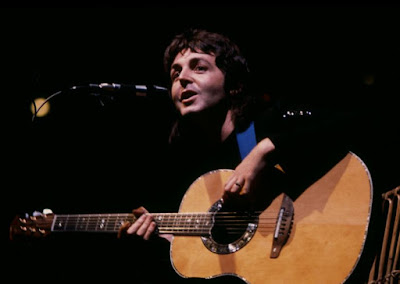 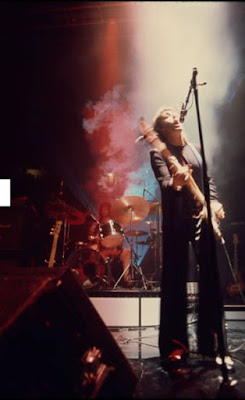 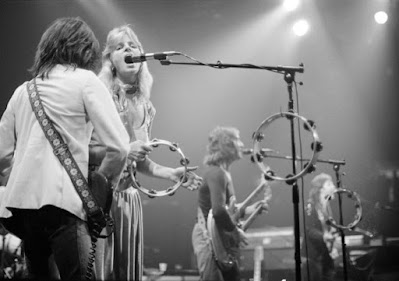 I didn't see another concert until Kansas City which was really decided at the last minute when my mom (who lives in Kansas) offered me a ticket!  Somehow she'd managed to get a couple of 2nd row loge seats (which were actually sitting on the floor - they were added rows) equal with 7th-row seats so I couldn' stay no to that!  I arrived in K.C. early on the morning of the 29th after having taken another night flight and was met at the airport by my parents.  After catching a few hours of sleep once again, we drove into downtown K.C. in search of Kemper Arena.  We found it without much trouble but never did find the airport Paul was supposed to be arriving at.

The concert in my opinion was the best of the 8 I saw so I'm not going to complain much anyway!  My mom went with me and came out wishing she could make Denver, too.  So goes the power of McCartney charisma.  It brought to mind the poem I've often read with the lines "Tossing his hair, grinning his grin, waving his hand, moving his guitar, until you couldn't breathe, right .... and your mother looked strained and never again asked you what you saw in him."  From the minute Paul walked onto stage everyone, at least in our area, stood and so we remained standing for the entire show.  The crowd absolutely loved him and wasn't shy in letting him know, which is what he really picks up on, so I think that's why he put on such an exceptional performance.  He had on the same outfit as in Houston, only minus the necklaces and with blue satin lapels instead of pink.   Linda had on a blue jersey dress which had gathered around the hips, a scarf around her neck, and knee-hi boots.  At one point during the first part of the concert, Paul started singing "Kansas City" which, of course, got a big rise out of the crowd.  Just before "I've Just Seen a face" started Paul reverted to his English introduction of the song by saying "does anybody like a bit of skiffle?"  Then catching himself and observing the crowd's perplexity, he added, "Don't' know what it is, do you? Well, it's country style."

Then after the song, he kicked his foot high in the air which he also did after several of the rockers.  As the concert progressed, I kept noticing the sweat on his face -- his hair which was all fluffy on top and parted -- his knees and the Beatles smile he kept flashing to the audience.  At moments like that it was like having a '66 Beatles film superimposed over this live '76 concert  After another song, "Lady Madonna" I believe Paul especially hyper -- saluting, giving the peace sign, the thumbs-up sign, thrusting his fist in the air, and scratching his head.  Then whenever he'd switch from piano to bass or vice versa he'd turn around and say "Hi" to the audience in the back of the stage.  He also had a habit that night of pulling his pants up and tucking his shirt in which wasn't exactly a repulsive sight.  By the time the concert was nearing it's end, his air was absolutely soaking wet.  what a performance he had given and how the crowd had appreciated it!  It was like a mutual love affair Paul's love of performing versus the crowd's love of him as a performer.  Paul and Linda walked off stage with their arms around each other after the first encore and then after the 2nd encore someone threw a little whit heat on stage which he proceeded to put on and it was just too cute for words!

After the concert as I waited for some of the crowd to clear out I saw Madeleine and a few minutes later Barb, Joanne, and Richie so we talked for a while and then we went outside to wait for Paul to leave.  Shortly before Paul came out, Barb pointed out Robert Ellis to me so I went over to say hi to him and was greeted with a kiss, which sort of took me by surprise.  IT was nice talking to him and having at least someone acknowledge that I was remembered.  It was more than I could say for the rest of Paul's entourage!  Soon after I returned, Paul's limo drove out and as flashbulbs went off, I was able to catch a clear view of him smiling and waving as he tried to look in all directions.  After he'd gone I never saw people clear out so quickly.