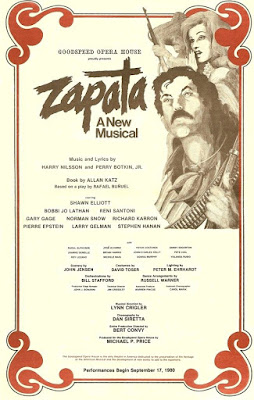 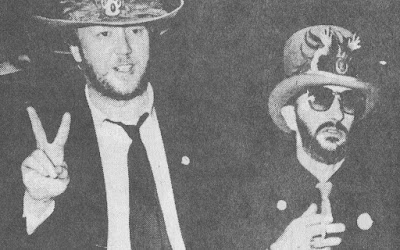 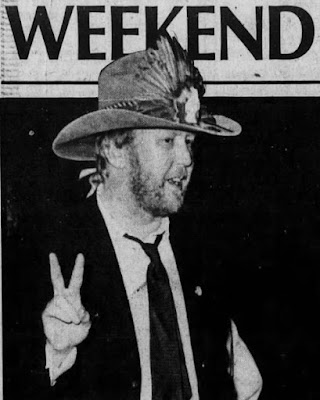 While John and Yoko were busy working on Double Fantasy in New York City,  Harry Nilsson and Ringo Starr were in Chester, Connecticut at the Goodspeed Oprea House.

On September 17, 1980,  the play Zapata! premiered at the famed Goodspeed.   The Goodspeed is known as THE place for American Musicals.   Annie had it's premiere there in 1976 and then on to Broadway and worldwide fame.  Harry had co-written the music for the musical.

The story was based on the life of Emiliano Zappata, who was one of the main guys involved in the Mexican revolution.     Reviews at the time felt like the Mexican characters in the play were stereotypes and very two dimential.    The musical closed under two months of performances.

The night of the opening, Ringo and Harry showed up wearing hats.   Ringo thought it would be a good idea to show up in hats.   Reports claim that the best buddies spent more time at the Gelson House Bar next to the Goodspeed Oprea than inside the theater.