The day that changed John's life 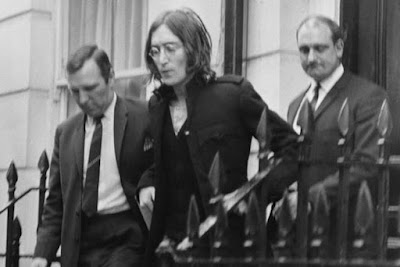 50 years ago, on October 18, 1968, John Lennon and Yoko Ono were arrested when the London police raided the apartment they were living in and found marijuana on the premises.

And while I am sure John was annoyed and angry at the time of the arrest, there is no way that he would have known how this trouble with the law was going to affect most of his life.   It was this arrest and following conviction that stopped John from traveling to the United States and then was the reason why he was almost deported and had that whole bit immigration mess.
Posted by Sara S. at 9:55 PM