Was this the first Beatles riot? 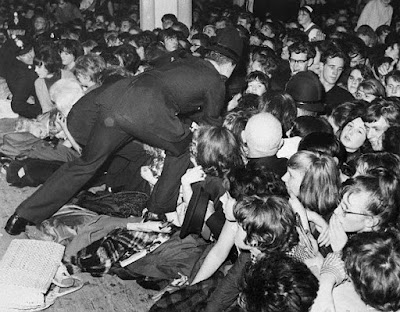 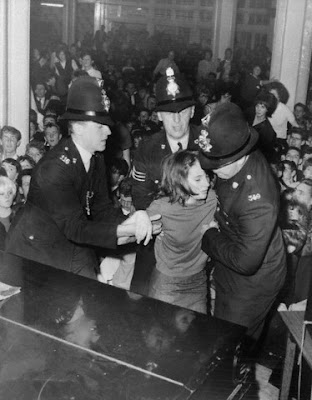 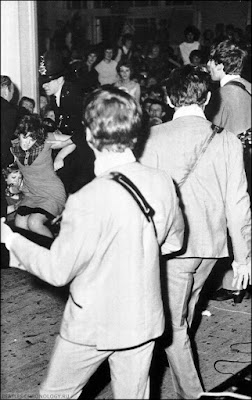 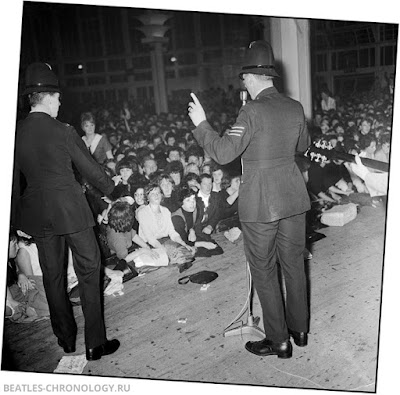 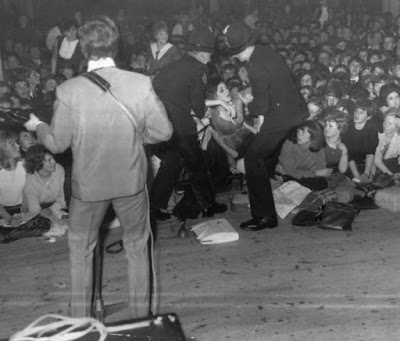 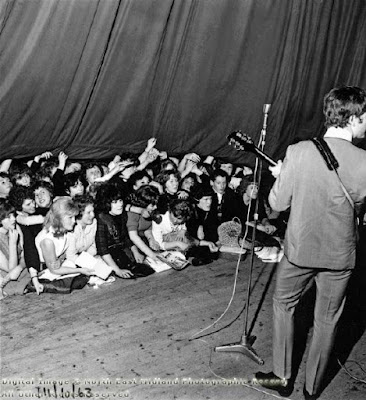 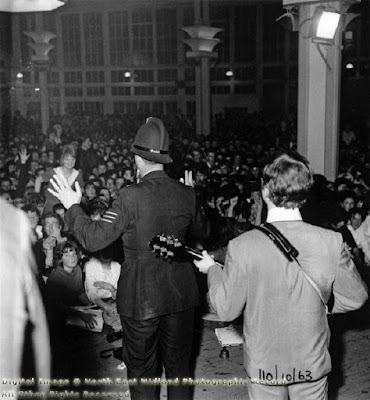 It looks like a full blown middle of Beatlemania concert riot.   Girls being pulled out of the audience while the Beatles play on,  cops telling the girls to be quiet and sit down, and finally, the curtain is closed.

I need to find information about this concert because it is very interesting to see such crazy Beatlemania at a show in the fall of 1963.
Posted by Sara S. at 10:04 PM