She Loves you (yeah yeah yeah) -- a book review 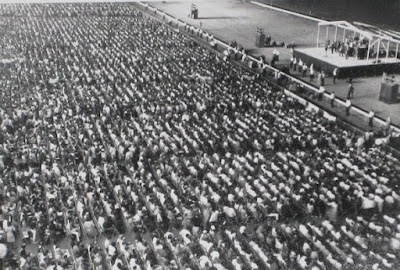 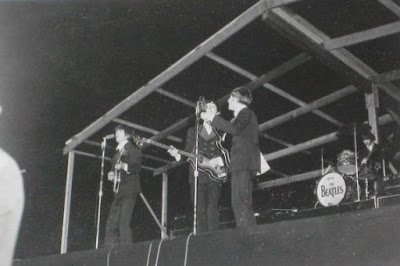 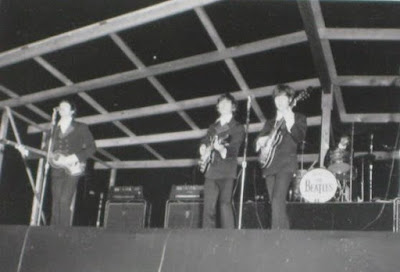 After reading the entire Tune In Expanded Edition by Mark Lewisohn, I needed to read something lighter and I found the perfect book.

I typically do not read fiction, but I made an exception for this book because it sounded like a book I would really like.

She Loves You (Yeah Yeah Yeah) by Ann Hood is about a girl named Trudy who was in the 8th grade in 1966.  She loves the Beatles, especially Paul McCartney and she is the president of a Beatles Fan Club at her school.

The story tells of the friendship issues Trudy has with her best friend, the problems she has with her parents and her dreams of meeting Paul McCartney.    Trudy gets tickets to see the Beatles in Boston during the 1966 tour and it is quite an adventure for her to get to the show!

The ending of the book was cheesy, but it really was the best way to end the book and I understand why the author decided to end the way she did.

I liked this book because it was historically accurate for the most part.  Ann Hood did her research in that the reaction to Revolver was spot on as well the way the fans behaved.   But it wasn't just the setting of 1966 that I felt was correct.   The feelings of a middle school age girl were also spot on.  It doesn't matter if it was 1966 or 2018, pre-teen girls are going to have friend issues, boy issues, and parent issues.

When I look on Amazon, I see that this book was recommended for grades 5-6, which sort of surprised me.  As a reading teacher, I would recommend this book for ages 13 and up.    I would guess the book is written at a 6th-grade level.     If you know a young person that likes the Beatles, especially a female -- this would be the perfect book.    However -- I don't like to label books into one category.   Books are meant to be read by everyone.   So if you have a younger child that loves the Beatles, this would make a fun bedtime read.    Also -- this is a great book for first-generation fans to read as well.   It takes you back to 1966 and a time when you had to wear dresses to school and listened to your transistor radio under the covers at night.

She Loves You (Yeah Yeah Yeah) is a really fun book.   I just wish it didn't end -- because I found myself wondering what was going to happen next when the book was over.