The last big stop of the tour

In the early hours of June 29, 1964, the Beatles landed in Brisbane, Australia   They were beginning the last leg of their first world tour and most likely were tried and ready to get the Brisbane concerts over with so that they could head back home to England.

8,000 people were at the airport to see the Beatles, although not all of them were fans of the band.  When the plane touched down, the crowd went wild and the make-shift wooden barrier built for the event began to give way.  The DCA made an announcement that the plane would be moved to another airport if order wasn't in place. 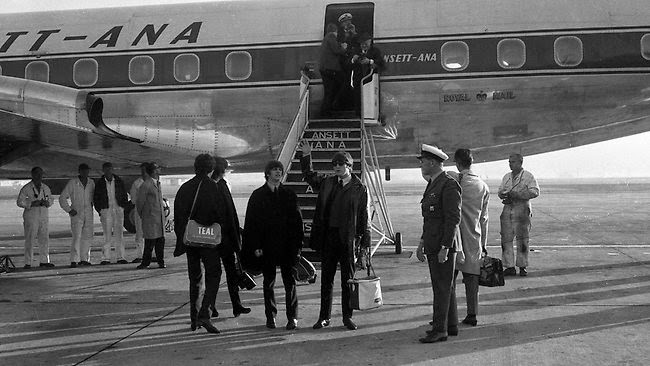 The Beatles were happily dancing for the crowd when they came off the plane in Brisbane, but the happiness didn't last very long.   The guys got into a flat-bed truck to stand and wave to everyone, just as they did in the other stops on the tour.   As they came close to the fence, the Beatles were pelted by eggs, tomatoes, pieces of wood, and rotten fruit.  George Harrison hid behind the cabin while the other three guys ducked. 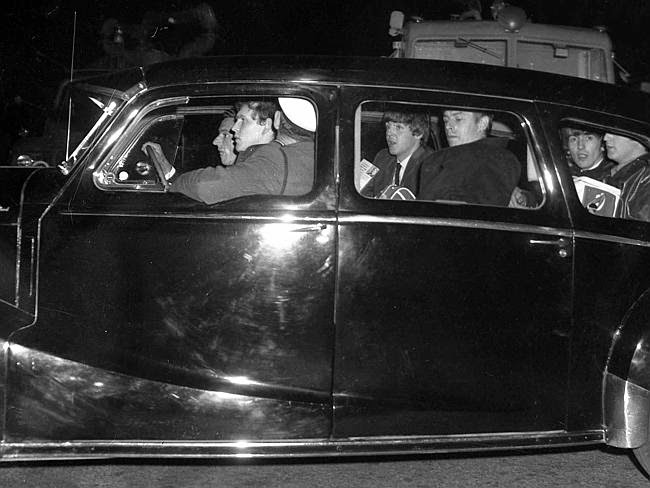 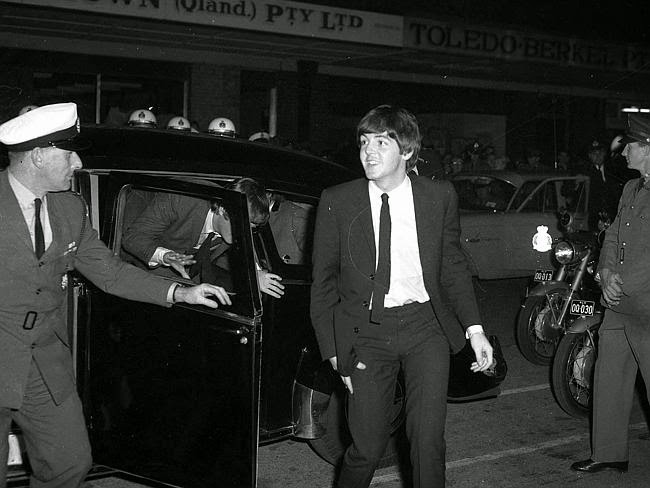 
Information from
The Beatles Downunder (book) by Glenn  Baker.
Posted by Sara S. at 8:36 PM