Am I looking for you?? 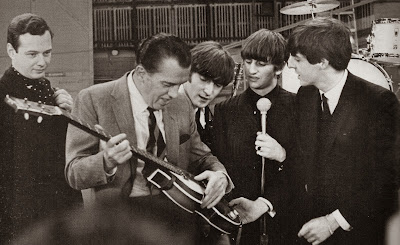 I am still hard at work gathering all sorts of things for the upcoming celebrating of the Beatles 50th anniversary in America.

I REALLY would love to ask some people who were there in person in New York, D.C. or Miami a few questions.   I know that those who were there get bombarded with questions ever time there is an anniversary, but this is the 50th and I promise that since I am not a professional, my questions will be very simple and there won't be a whole lot of them.

Here is who I am especially looking for, but really anyone who was there in person.   If you know any of these people or if you are one of these people, please email me at Starshyne9@yahoo.com


Beverly Rubin (nee Markowitz) --girl who snipped Ringo's hair in D.C. at the embassy party
Debbie Waugh (nee Fyall) - the girl who poses for photos with 3 of  the Beatles in NYC
Kathy Fay -- at the Washington D.C. concert
Debbie Levitt -- was waiting for the Beatles at JFK
Annette Joseph Walker -- was at JFK and at the Plaza when the Beatles wer there
June Harvey -- was in the audience of the Ed Sullivan show
Linda Binns Liles -- girl who was talking to Ringo on the train to D.C.
Eileen Harntett --- girl who was photographed injured outside of the Plaza hotel
Barbara Turchin (married name might be Grossman) -- one of the girls photographed with Ringo on the beach in Miami
Carol Olesky (married name might be Marks) -- the other girl photographed with Ringo on the beach in Miami


I have gotten some great responses from many 1st generation fans who answered my questionnaire.   If you haven't answered the questions yet, please do so.    So far I have heard mostly from guys.  I know girls were watching the Ed Sullivan show in 1964 too!
Posted by Sara S. at 11:31 PM

Email ThisBlogThis!Share to TwitterShare to FacebookShare to Pinterest
Labels: Ed Sullivan Show, The Beatles, yes Sara is out of her mind