Keeping with my "Wings over America" theme, I figured I might as well share the next story that is printed in the June/July 1976 issue of  The Wright Thing.   This one was written by Ringo fan, "Richie" about her experience at the Paul concert where Ringo made a appearance.

Hello everyone!  Having survived this tour was in itself a feat, but the real test was returning home and realizing that I could no longer boogie about every night while being mesmerized by probably the greatest talent of our time.  The connoisseur of writing and performing -- Paul McCartney.

Perhaps though, the hardest of all was keeping my thoughts and feelings under control.  Making a mind check while Paul made a sound check.  Trying hard to come across as an at least half-normal individual at airports, instead of a jibbering looney or a mute.  That pretense went out the window at Kansas City airport and while tearing down the freeway in Tucson doing 90, all the while waving and cheering at the limo along side of us.  (Yeah Richie really blew her "calm image" in K.C. when she grabbed onto Paul's hand, a wild gleam in her eye, and nearly fell in the window and unto his lap.  Paul, knowing a lost cause when he sees one, held onto her hand for a ;minute and said sympathetically, 'You'll be alright'.  Little does he know!  But she's normal, you just ask her, she'll tell you.)

I reflected for three days before the L.A. concerts, just what I'd do or say to Ringo if he did turn up at one of hte shows.  I was still reflecting ten minutes before the first show, in complete oblivion, while Ringo walked in behind me on his way to a balcony seat!  I finally realized what was happening ---what with Barb nudging me and screaming, "It's Ringo!" in my ear and the audience going hysterical.  (we were standing on our chairs cheering, but Richie was still standing there going, 'what? what?' in a daze.)

Finally I grabbed my camera, stumbled down the aisle from the 12th row, and charged up the balcony like an Amazon woman, only to come to a dead stop in front of him.  What else could I say but, "Hello, Rich."  He returned with a hello and a very amused smile "How ya doing?"  (I didn't have an answer to that -- I think he noticed).  I finally managed to take three photos -- even focused the last one.  I did think of taking the seat next to him, but an enormous security guard informed me that I was taking His seat.  Oops!

Half way back to the 12th row, the lights dimmed, the bubbles began, the show started.  I avoided the same security guard four different times.  The last time he found me directly in front of the stage facing the audience.  Needless to say he promptly took me back ot my seat, literally dragging me by the back of my shirt.

The show was a phenomenon.  They all were.  Paul, when happy, has to be positively the most "up" person I have ever seen.  I love him for that.  He radiates happiness, and I can absorb that like a sponge.  He's needed by us all. .

That night he was Mr. Showman.  Rich was in the audience (not to mention Elton & Cher and a lot of other Hollywood celebs and record company officials) and Paul knew it.  The KGB chicken boogied (you had to be there) and the little old lady in the balcony with the John Lennon T-shirt and the shawl marveled.  And afterward, seeing them together on stage...once again...

Paul toured the country and touched everyone along the way.  I'll never be the same -- a cliche but the only way I can tell you how I feel.

The night we were to leave for home, we splurged and spent our last money on a super dinner that was accompanied by a three-piece combo.  The violinist noticed our ;misty-eyed staring (which was tour-ending blues) and he offered to play our request.  "Something by Paul McCartney?"  He thought to himself a moment and asked, "Yesterday?"  We nodded.  "Paul McCartney (he almost spoke it like a fan), a genius, a musical genius!" , said the 50-ish violinist.  Yeah, we know, we know!  But that's not all. 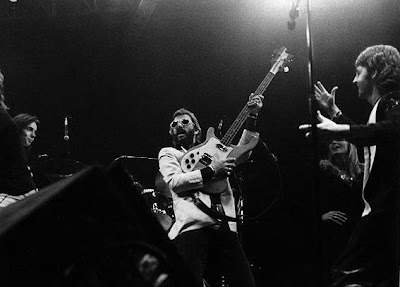 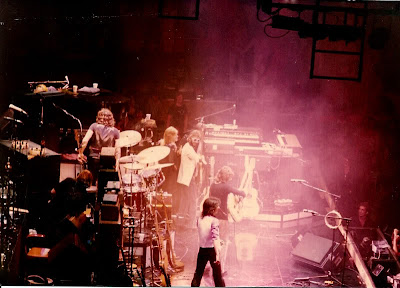 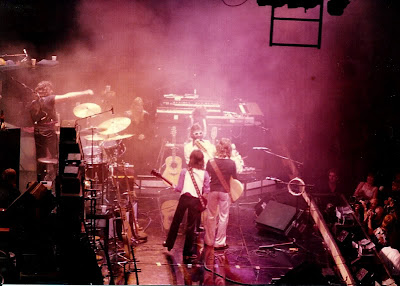 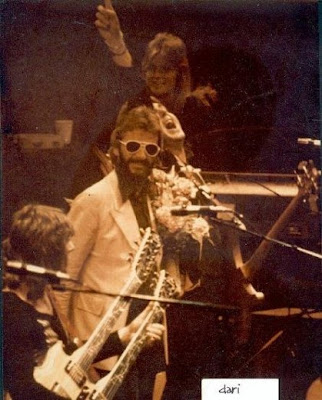