The 4th and final part of the story of when Wings came to Holland in March of 1976 from the point of the writers for the Beatles Unlimited Magazine (March/April 1976 issue).   This last part tells what happened after the concert and the next morning.

I Can’t Tell You How I Feel

Paul was going to do an interview for the press and television after the concert.  After we had recovered from the concert, we drove to Alphen to get some more sets of Beatles Unlimited.  We planned to give these sets to Paul when we could.  At ease, we drove back to Amsterdam to the Hotel and we arrived there at about a quarter past midnight.

We parked the car and started waiting again.  At one o’clock Koos came back and to our surprise, he said that Paul and company had already gone to sleep!  It seemed the interview was done right after the show and that the group had hurried to the hotel to get to the showers.  A big disappointment we went to bed.

Every Morning Brings a New Day

The next morning, we were back early at the hotel again.  We talked to Koos for a while and to Jan, the head of the security services.

As nothing happened at 10 o’clock and it didn’t look like something would happen, we went away to do some shopping for a ballpoint and flowers to give to Paul and company when they would leave the hotel.

When we came back to the hotel at 10.30, it appeared that the departure had been delayed again.  They would take a plane later and if they would miss that one too, the whole arrival in Paris would go wrong.

At last, a few minutes before 12 o’clock they seemed all in the hall of the hotel, and also the limousines were ready.

And there they came out:  First Denny and wife.  I gave him a bundle of flowers and he thanked me and shook my hand.   Then Paul came.  “Oh, this is wonderful!” he said as I gave him the flowers.  “Thanks for the very good concert,” I said.   “Thank YOU, sir,”   I said the same thing to Linda as I gave her the flowers.  “I’m glad you liked it,” she said.

“Joe, thanks for the very good concert yesterday.”

Jimmy said he would give his flowers to Linda, but when I told him she’s already had flowers he gave them to Myra Amiel, one of the fans outside the hotel and a subscriber to Beatles Unlimited.

Ride On My Fast City Line

Quickly we jumped into the car (again) and followed the limousine through Amsterdam to the airport.  Near the motorway, I passed the car Paul was in and drove ahead of the limousine to Schiphol Airport.  I stopped in front of the first door of the departure hall, but unfortunately, the limousine stopped in front of the second door.  Jan ran outside to the second door to shoot some pictures, while I went into the first door and ran across the hall.

It took some time before they entered the hall, so I was ready when at last they entered.  I took a pic of Paul coming through the door and as he passed me, I said, “Paul, I have another present for you.”   I gave him two sets of Beatles Unlimited and said, “Next issue will be called Wings Unlimited.”  “Are you publishing this?” he asked.  “Yes.”

Then I heard a female voice beside me: “You should do a Wings special now!”  It was Linda.  At that very moment, I was standing between Paul and Linda.  Apparently, she hadn’t heard what I said to Paul, and I told her we would do a Wings special now.”  “Here’s Jimmy, you should take a picture of him for the special,” Linda said.  But I tried to make one of Linda, but I had some trouble focusing on her.  I said something and Linda noticed that.

“Is it too close?” she asked and she stepped backward and gave me the possibility to focus.  At the same time the Wings party was walking slowly to the customs.  We were making pictures all the time and took a shot of Paul walking with Mary, holding the sets of Beatles Unlimited in his hands. (see cover of this issue)

Before they walked through the customs, they waved at us, and then they walked around the corner and disappeared.  Exactly 43 hours after they entered Holland they left again.   They left some very happy people behind who are proud to have experienced this. 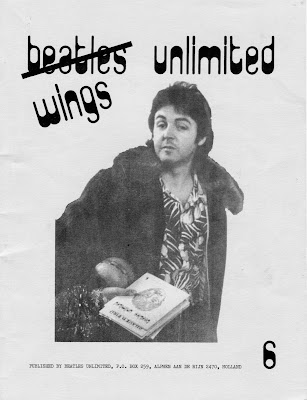 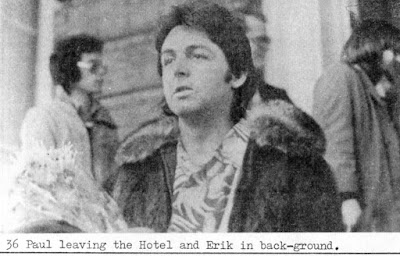 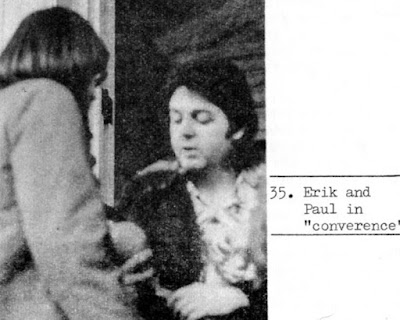 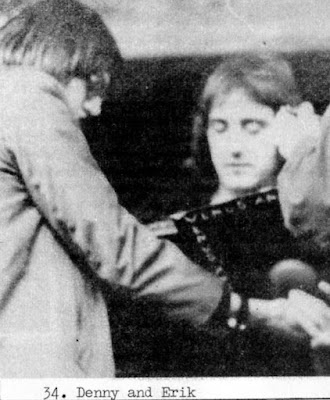 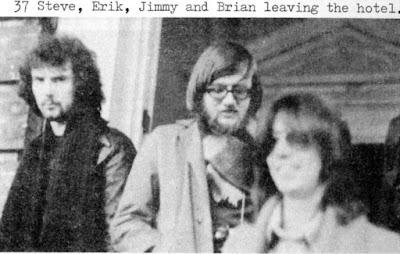