Day in the Life -- meeting Ringo

I found this story in the 5 Bites of the Apple newsletters. (  I have had these somewhat blurry photos of some girls with Ringo that I THINK are the photos that are from this story.  What do you all think?   They seem to match up pretty well. 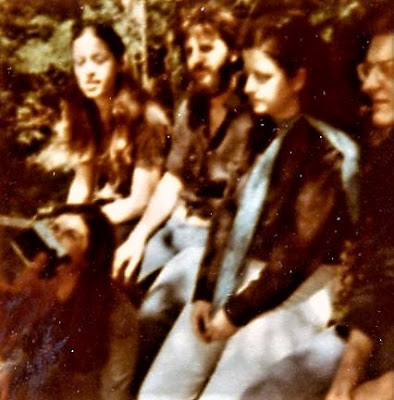 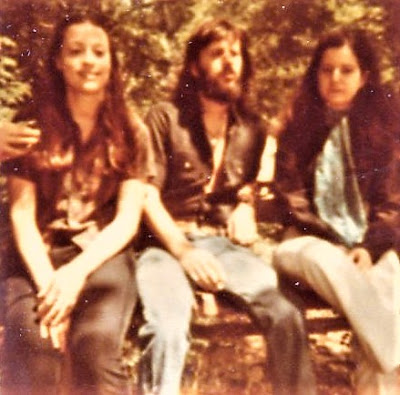 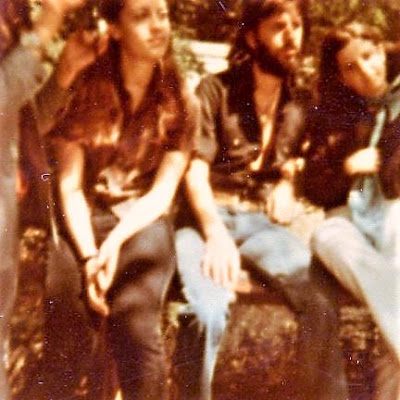 Day in the Life

It was Sunday of the 13th of June and we found out Ringo had to come back here in Rome by plane at 4:05pm.  He was here at the end of May for a few days but we couldn’t find where he was staying, anyway, we were lucky because we met his Italian driver and he was really helpful.  He was the one who told us Ringo would come on that day.  We went to Leonardo De Vinci Airport and waited until five, but no trace of Ringo!  We were gonna despair when we thought it would have been much better to go to the hotel where he had to go.  We arrived at Residence Palace hotel at 6:30PM and waited until 8.  I wanted to see him but I was really losing hope when a blue Mercedes turned the corner.  Ringo!!!  We felt like jumping for joy but we did our best to be cool cos we were afraid to bother him (and Ringo can be very rude when he wants).  He came out of the car and smiled at us saying “Hi girls!”  The last time I saw him in London, he looked different, now he’s quite slim, black hair (dyed for the film), and always wearing black sunglasses.  He went into the hotel with Mal but after a while, he came toward us smiling.  He shook our hands saying, “Hi!  Are you foreigners?”  We said “No” and then he asked “Where are you from?  Rome?”  My friend Pattie, and I said yes, but the other girl who was with us, Angela, she said “No, I’m from Florence.”  Ringo said, “Florence?  Is that far?”  “Quite far!”  I said because Angela doesn’t speak English.  “I see, and you live here?” he said looking at Pattie and me.  “Yes, but far from the hotel,” we said.  “Must go, bye girls!”

And he went in with Mal.  Luckily Mal knows me so he told me Ringo had to go to the riding ground the next morning.  We already knew where that was and so the next day, we go there at 10AM.  We were really surprised seeing Ringo had already arrived.  Anyway, he wasn’t riding yet cos he didn’t feel well and leant against the fence feeling sick.  Stomach, I think.  Afterward, he rode at first a white horse but then he changed with a fawn-colored one.  I’ve got to admit, he’s no good at riding but he was gorgeous with wind ruffling his hair, and every time he came near us (we were sitting on a form) he smiled.  Then he stopped and came to sit with us.  “The stirrups are too long for me,” he said.  As he was in a good mood, we gave him a little gift we bought before.  It was a colored belt and luckily, he liked it!  He then tanks us for it and soon wore it!

His instructor asked him if we could have pictures with him, he said, “OK, sit here near me, and now smile…Cheese!”  His driver was taking pictures with my camera, and Ringo’s instructed tried to take other pics with Angela’s but it didn’t work.  He read the brand of the camera and was Rapid.  Ringo laughed and said, “very rapid.”  For another picture, Angela had her arm on Ringo’s leg so he said, “Just like friends.”  Then we talked together about Florence, other singers, and when someone asked Angela how old she was and she said “18” then Ringo said, “Grow up.”  He smoked a lot and then gave me one of his LARK.  He had to go back riding cos he needs to learn very soon for his next film, “Blindman.”  When he came back to us, he pretended to shoot at us.  It was nice talking to him but he went away at 12pm to a villa where he has lots of friends, and he wanted to get tanned.

They came back to the hotel at 6PM, when we thought we saw Ringo with a red band around his head and short pants (hot pants?) we were gonna laugh but all of a sudden, we changed our minds when we saw with him a Swedish girl.  I saw the red!  He was sorry we saw him with her, I think, cos he came up to us and said “You are crazy hanging around here all the time.  Haven’t you got anything else to do?”  “No,” we all said together.  “Aren’t you tired?” he asked us.  “Yes, but we don’t mind,” I said and finally he smiled in such a sweet way.  For a while, I had thought he was cross, but he wasn’t.  Since then, we saw him almost every day and he’d smile and say hello and things like that.

When Angela had to go back to Florence, Mal told Ringo and, in the afternoon, when he was coming back from the set, he put his hand on Angela’s shoulder and said, “So, you’re going home.”  “Yes, tonight, and I hope I’ll see you again,” she said.  “I’m leaving on Wednesday, so if you’ll be here before, you’ll see me.  Anyway, I hope you had a nice time.  Bye!”  Ringo said, and then he went into the hotel while Angela was standing there too happy for words and yet sad at the same time.  There’s one last funny thing to tell. Once when Ringo was in the villa, he got very cross with his driver.  The reason is he asked Tonino (the driver) to buy him a pair of underpants but Tonino didn’t understand so he came back with a pair of trousers!  You can imagine Ringo’s reaction!

On Wednesday morning, my friend Pattie and I went to the hotel at 9AM cos we knew Ringo had to leave in the afternoon but when we arrived, he had gone!  “He left at 7AM,” a guy in the hotel told us.  I really felt miserable.  It was tremendous.  We felt we lost him forever, but believe me, it was terrible cos we were so sure to see him again.  We had the pics to show him and lots of things to tell.  He made us happy for those 10 days but he left us sad, very sad.  We miss him but luckily, he’ll be back in August!