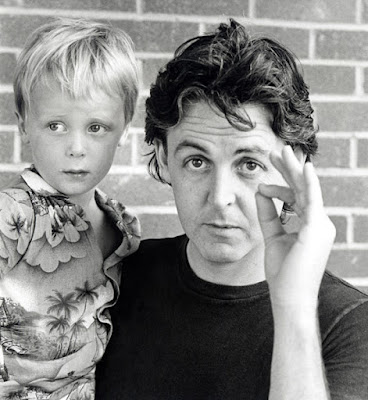 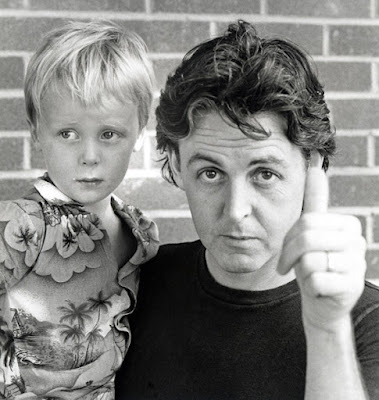 This is a newspaper article from 1981 about a barber that unexpectedly cut Paul and James' hair.

Paul's Haircut Shocks the Barber
By Geoff Garvey
Old-style barber, Jack Turner nearly dropped his clippers when a customer demanded a short back and sides.
For sitting in the chair was the owner of one of the world's most famous heads of hair - Paul McCartney.
Jack, 59, said at his shop at St. Lenord's-on-sea, not far from McCartney's Sussex home. "I told him that I was not going to give the king of The Beatles a short back and sides.  Even when his wife Linda asked I still refuse.  In the end, we settled for a trim."
Afterwards, Linda sat in the chair with 4-year old son Jamie {sic} on her lap so that he could have his hair cut as well.
Jack said, "I asked Paul why he hadn't gone to a top salon.
He said, "I don't want that.  I want a traditional hairdresser.  I don't want fuss or bother."
McCartney had waited his turn behind five other customers in the traditional salon.
Jack said, "He was absolutely charming and people were chatting to him. He was very down to earth."
McCartney, who is reported to earn £25 million a year, paid Jack £2.00 and a tip.  "We don't talk about that, do we,"  said Jack.
A member of Paul's staff said of his visit to Jack's Barber Shop "I'm not surprised.  He likes to be treated as an ordinary person."