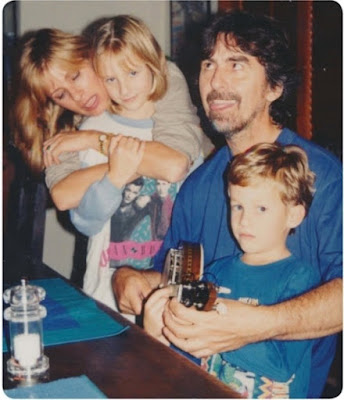 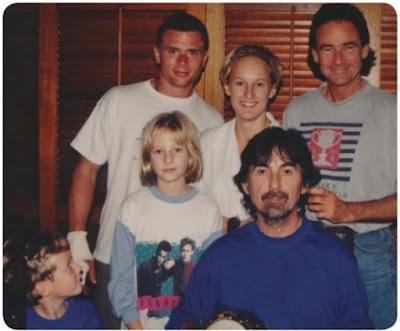 I found these photos on the Harrison Archive Tumbler (formally known as thateventuality).  This is an amazing resource for all George fans, so check it out.    That site found the photos from  the book Barry Sheene: The Official Photographic Celebration of the Legendary Motorcycle Champion by Rick Broadbent.
Barry Sheene is a Forumla One driver that met George at the races in 1978 and the two became friends.   I guess Sheene was known as a party guy and the type that would never settle into a serious relationship and have children.  But much to everyone's surprise Barry did just that and so did George.   Here is George spending some time with Barry and his family.
Who is on his daughter's shirt?   Obvious a "boyband" type of group.  This wold help me determine the year.
Posted by Sara S. at 9:02 PM