The Virtual Fest For Beatle Fans Chicago -- A Review 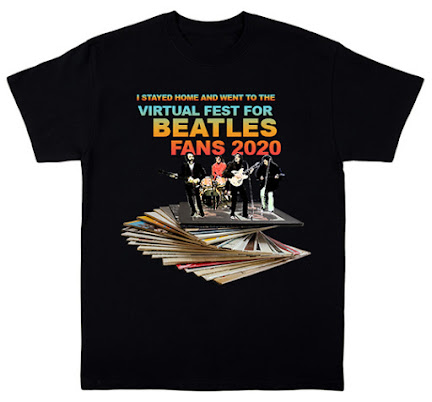 Usually on the Wednesday following the Fest for Beatle Fans in Chicago I would write up a review of my weekend.     Since we live in  a crazy time right now, the Fest was canceled.   Then a virtual Fest was scheduled.

I had my doubts about having a virtual Fest.  I will be honest with you all.  I thought spending $44 (actually $48 when you added in the fees) was ridiculous.   I had watched other virtual events, including the NKOTB virtual cruise, and it didn't cost a thing.    I wasn't sure if I could justify spending that much money on something online.   And even now I am not sure about the price, but I will overlook that for now.

The virtual Fest went above and beyond my expectations.  There were five different Zoom rooms.  The "Main" room was a webinar room.  This is where the headline people such as Peter Asher, Denny Laine,  Jenny Boyd, Donovan, etc spoke and performed.   You couldn't see anyone but the person doing the interviewing and the interviewee in this room.   There was a room for authors and panels.   Here you could see the others in the Zoom.   You listen to the presenter and can ask questions at the end. 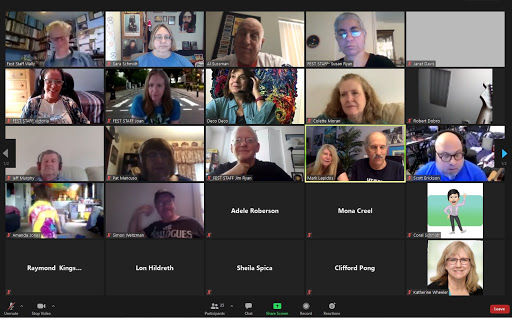 There was also a room where people were playing music and chatting.   Here are a few of my favorite highlights from the weekend. 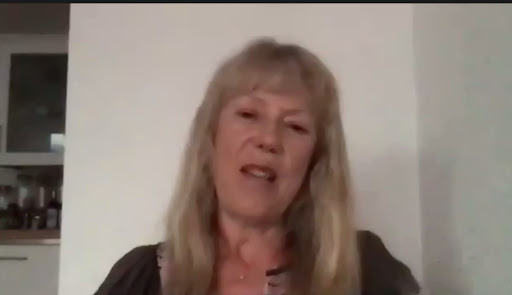 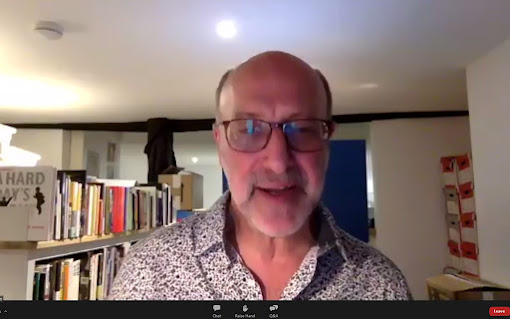 Things I did not like
As you see -- the good far outweighed the bad.   There some great discussions and speakers.  And surprisingly to me, I had that good Beatles feeling of peace and love and connection with others even though it was all virtual. 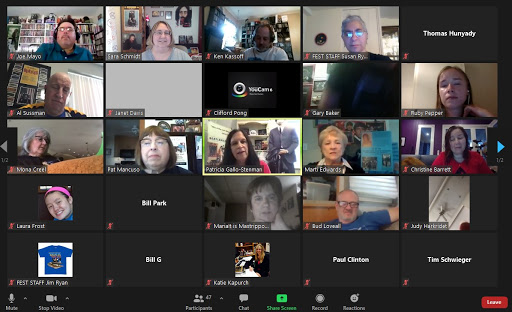 I think it was worth my time, but I wouldn't recommend it unless you have the entire weekend free.  If I had to, I would go to another virtual Fest in the future.   However, I do not want Beatles conventions to become just virtual.   Nothing can compare to hearing the Beatles' music in person, talking to friends in person, and going to discussions in person.   I do think some virtual things s should happen during the live Fest so that more people from around the globe can get involved.   It would be nice if you couldn't make it there in person to have the choice to watch things happening live on your computer at home.   It is an exciting prospect as we continue to see Beatles conventions and festivals change to the times.
Posted by Sara S. at 10:25 PM