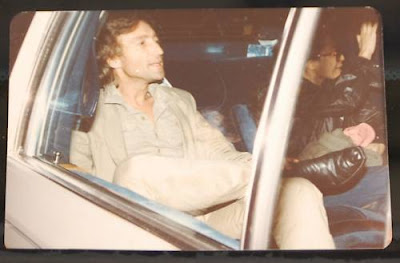 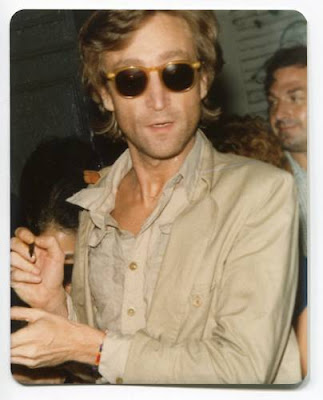 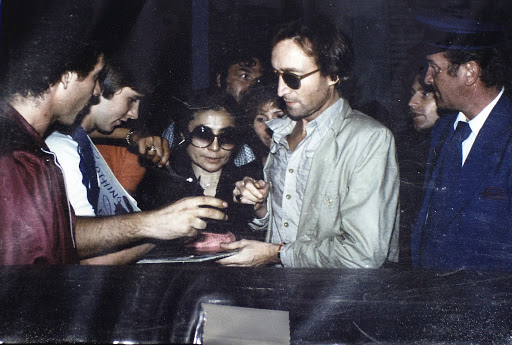 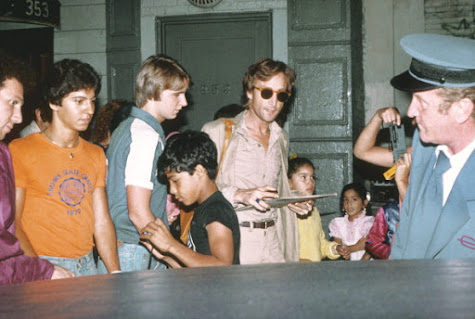 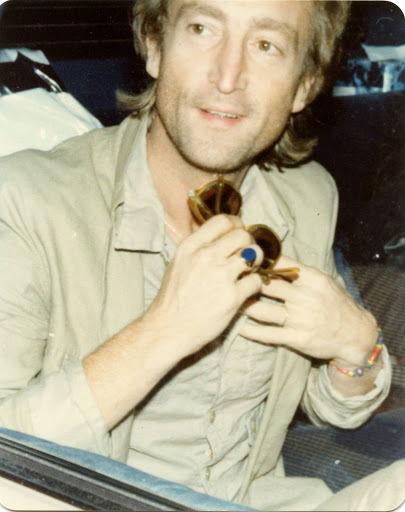 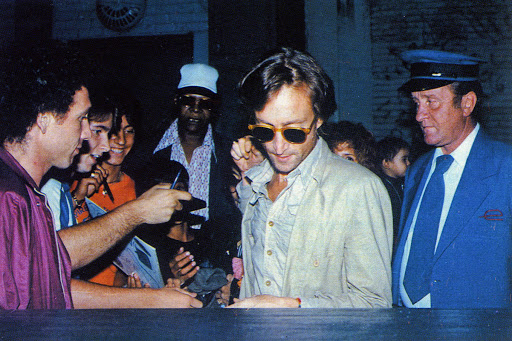 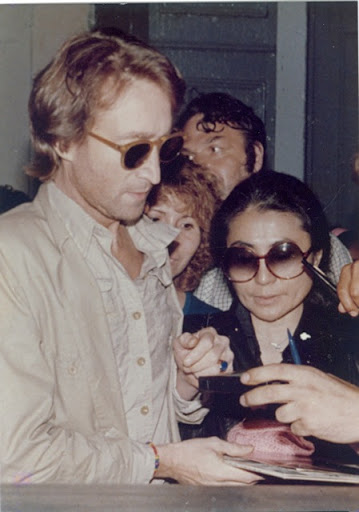 *  Blogger won't let me but the small caption under the photographs anymore.  They made some changes that I don't really like.   The last photo was taken by Vinnie Zuffante

August 22, 1980 --  Once again John and Yoko stop to sign autographs for fans that were waiting outside the Hit Factory after a day of recording.   In both this set of photographs and the previous one you can see John's bodyguard at the Hit Factory.   He was around when John came in or out of the studio.    I know I have his story of this site somewhere.  He carried a lot of guilt with him after John was murdered.