Beginning of the 1973 Wings tour 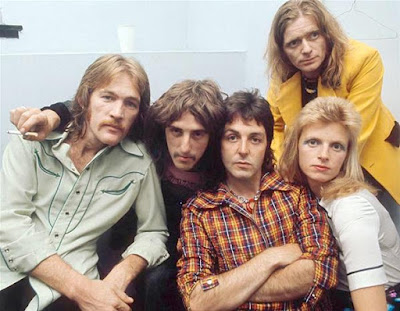 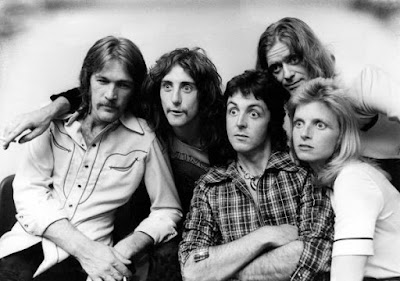 For the next few weeks, I am going to be sharing some stories found in the Summer 1973 issue of "McCartney's Lovers and Friends" fanzine.    A group of American fans traveled to the U.K. and followed Wings around during the month of May during the 1973 tour.    So...let's start at the beginning!


On May 8th, we "accidentally" ended up on an avenue called Cavendish.  We just drove by and saw some guys hanging around the house.  No sooner did we pass when Paul came out of the gate in his green Rolls Royce (we saw this from a distance) -- he spoke to the boys for a few minutes, and then drove off.  We caught a glimpse of him buzzing by.  I went to find out what had happened from the fellas standing there and discovered that one of them was American and a member of this club!   What had happened was that Paul chatted with them for a bit, signed a photo for James, and beeped the horn as he left.  I understand that his brother Mike was with him.  Ann and I decided to get some wine for Paul to give him when he returned home that evening (to wish him good luck on the tour).  We got two large bottles of Mateus (same as we gave him for his birthday last year) and I had some candles for him as well.  During our wait, we made a new friend, Anne, who is a nurse at the hospital on the corner.  She's from Trenton, New Jersey of all places.  She told us that a few months ago Paul split his finger open and went to what they call the "casualty" ward for stitches.  They didn't know who was going to pass out first -- Paul, from all the blood, or the nurse from seeing Paul!  (haha!)

Around 8:30 the Rolls pulled around the corner Ann was the one who spotted it and at the same time announced she was having a nervous attack and couldn't get out of the car.  I told her she HAD to and got out of the car myself.  In the meantime, speedy Sher got out of their car, which was parked a bit behind us.   Paul was quite surprised, to say the least!  ("What's all this???!!)  He was super nice, really fantastic.  I explained that we had some things "to wish you good luck on your trip."  That day has got to be one of the best in my life.  One of the highlights was when Paul said to me, "Don't I remember you from long ago?"  That was a real shock -- recognition at last!  We were talking for a while, I can't go into too much detail.  I told him I loved his album and he was pleased -- he kept saying, "Do you really think so?"  Sher had a few gifts for Paul, Linda, and the kids.    Linda drove the car in after he opened the gates, but before she did we said hello and spoke a bit -- she was nice.  After what seemed like an eternity, we said goodnight to Paul, and I prewarned him that we were going to attend all of the concerts -- he seemed happy about it and Ann joked around and told him to look for us in the audience.  We were so happy after that meeting.  It was just too beautiful to put into words.  He is the nicest person in the world.
Posted by Sara S. at 9:13 PM