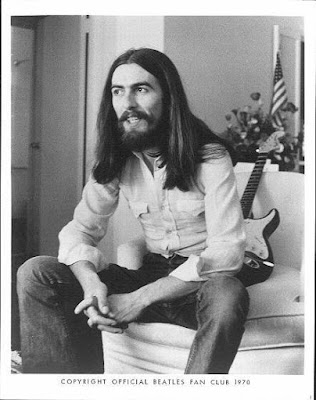 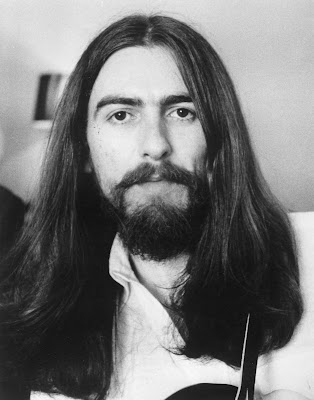 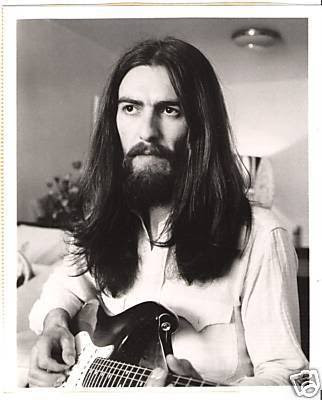 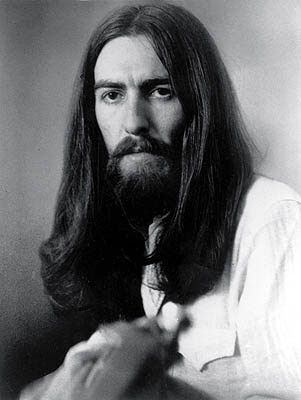 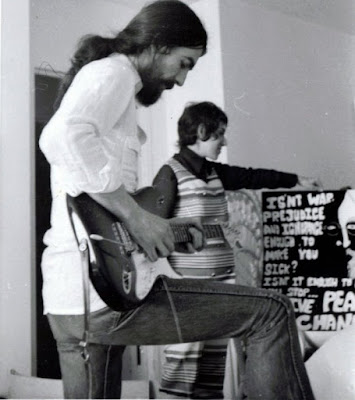 May 1, 1970 -- I recently researched all about this day in George's life and wrote all about it in my upcoming book about the Beatles North American Fan Club, so I don't want to tell the entire story here.    I will give a few highlights.

The director and assistant of the Beatles U.S. Fan Club were invited to George's hotel room on May 1 so that photos could be taken of George to sell to fan club members and so that Sandi could interview George for her column in Datebook Magazine.   You can see Sandi in the background of one of these photos.  She was pregnant and actually gave birth to her son, Michael about a month later.   Rusty took 70 photos of George.  That means there are a LOT of other photos taken of George in his hotel that we may never see.
Posted by Sara S. at 7:17 PM