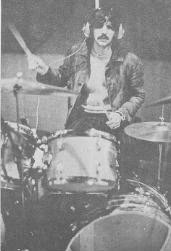 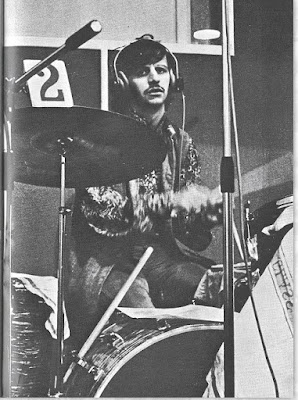 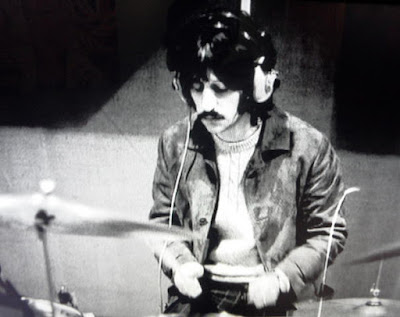 Let me be honest.   I typically would not have been interested in reading Ringo's White Album by Alex Cain.  But you know how it is -- we are all stuck in the house and the Kindle edition was really cheap ($1.16).   So why not give this book a read?

There are some really interesting things in the book.    The author really knows his audience and doesn't bother us with the background of how Ringo joined the Beatles or any of the information we already know about the drummer.  He jumped right into the topic of the book, which is greatly appreciated.

This book is exactly what the title says:  Ringo's drumming and percussion on the White Album. Cain goes into how Ringo quit the Beatles and about Paul's drumming on Back in the USSR and Dear Prudence as well.     The most interesting part of the book (for me) was the section about the Hey Jude promo films.  There was some information about Busker Bill and the filming that was really interesting.   I also liked how the book went song by song and put who played what percussion instrument.

The rest of the book was a little over my head.   I know very little about reading music and nothing about drumming.   Parts of this book were boring to me -- just going on and on about the drumming patterns and whatnot.

That is not to say that this is a bad book.  It just didn't interest me too much.  Cain did a great job writing it.  It was obviously well researched and he knows a LOT about drumming and admires Ringo for being a great drummer.    I am sure that if you were a musician and especially a drummer, the information found in this book would interest you.

The wonderful thing about living in the era of self-published Beatles books is that now anyone can write in his/her niche area of The Beatles.   I think that is great!    There is bound to be hundreds of other Beatle fans that are interested in the same area that the author is interested in.

If you want to learn about Ringo's drumming on the White Album in great detail -- then this is the book for you!   Plus it really wasn't a bad book to read while being quarantined.