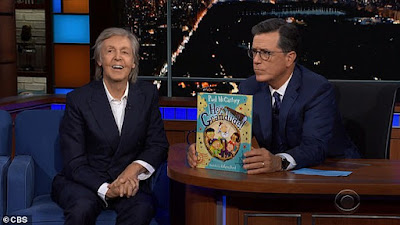 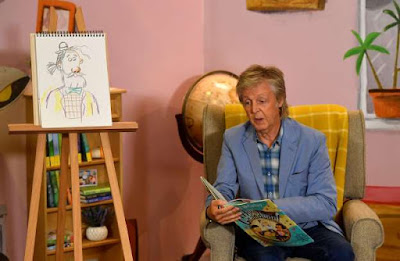 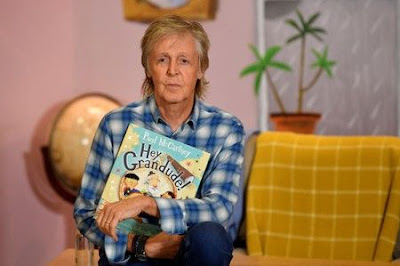 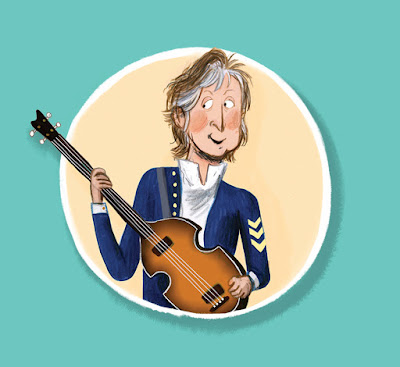 Are you looking for a great new book to get your kids or grandkids this year?   Well, look no further than Hey Grandude! by Paul McCartney (illustrated by Kathryn Durst).    This book has absolutely nothing to do with the Beatles or Paul, but it is such a cute, fun book that I think everyone that loves Paul should have it in their library.

The story is about a grandfather named Edward Marshall Sr and his four grandchildren Lucy, Tom, Em, and Bob.  They call him Grandude and he calls them the Chillers.   The basic idea of the book is that Grandude has postcards and a magic compass.  On a rainy day, Grandude uses the magic compass and takes the Chillers on adventures to the places that are seen in the postcards.   Something happens at each place that is exciting and keeps the story moving.

The illustrations by Kathryn Durst are adorable and really help with the story and the characters.  Plus I think the drawing she did of Paul is so cute!

For those that are interested, the publisher claims that this book is for children in preschool-1st grade (ages 4-7).    The average preschool - first grader will not be able to read this book alone.  As a reading specialist, I would say Hey Grandude! is written at a 2nd grade (7-8 years old) level.   The story is cute enough that any elementary school child would enjoy it.   It would be a great book for an older child to read to a younger one.    And it is also great for a Grandparent to read to Grandchildren.

I also have a great idea for teachers to use this book.   Read it to your class and then have them design their own postcard and then write an adventure for them to go on with Grandude.    This would be a great writing activity!    I would do it myself, but I have to teach my canned program.

There is also an audio version of the book read by Paul McCartney.   I haven't heard it yet, but I hope to hear it soon.