The 45th anniversary celebration of Junior's Farm - A Review 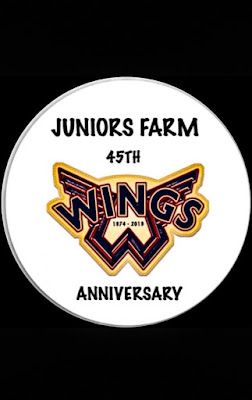 On Sunday, June 2, 2019, I went to Cookeville, Tennessee, to celebrate in the 45th anniversary of Junior's Farm.     A wonderful fan named, Dan Ealey organized the entire event.  When Dan was 16, he was able to convince a magazine to send him press credentials to interview Paul while he was in Nashville.   Dan discovered that Paul and the rest of Wings were staying at Putman's Farm in nearby Lebanon and was able to spend three amazing weeks with the members of Wings

To celebrate the 45th anniversary, Dan organized a celebration.   The special guest of honor at the festival was Geoff Britton, the Wings drummer during 1974.


The event took place at the community center.  It started with some live music by a few local musicians that just play songs on their guitars.   Some Beatles, Wings, and songs from the 1960s.   They were very good and talented.

The next part was my favorite, there was a Q &A with Geoff Britton and Dan Ealey.

Dan told some of his stories of hanging out with Jimmy, Denny, and Geoff and meeting Paul and Linda (and how little Heather was doing security and asked him questions).      Geoff told some great stories including one about how the mailbox on the farm exploded.   He explained how he auditioned for Wings and what it was like in the studio with Paul.    Great NEW stories about Paul are always a welcome change.   A surprise guest came out -- it was one of Junior's sons who had some memories to share as well.  It was really a great conversation.

Dan had brought along his bass guitar that he gave to Paul McCartney.   Paul played the guitar while he was rehearsing at the farm, but gave it back to Dan when he left to go back to London. 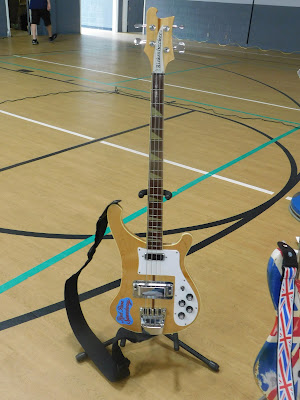 Geoff then played with Dan's band.  They played a variety of songs from the 1960s, including a few Beatles numbers.   Of course, the concert ended with a great version of "Junior's Farm." 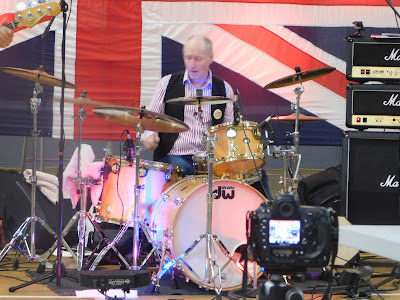 After the concert, there was a meet and greet with Geoff where I was able to get him to sign my Wingspan book and a couple of photos and pose for a photograph. 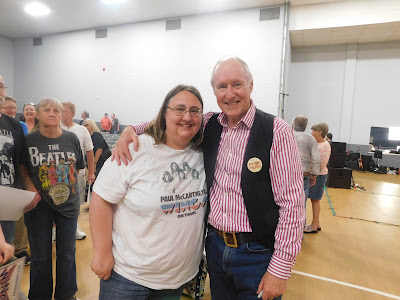 Geoff was a very friendly, humble, kind man.   He is a great drummer and has a great memory for his time with Wings.   He has not publically spoken about being in Wings for a very long time and I am not sure if he will be doing any more guest appearances.    However, if you are a Paul McCartney and Wings fan, then you need to hear him talk.    It was a great time!

By the way:  I tried to find Junior's Farm itself to get a photo of the gates and the house, but I was unable to locate it.   It isn't an advertised location.