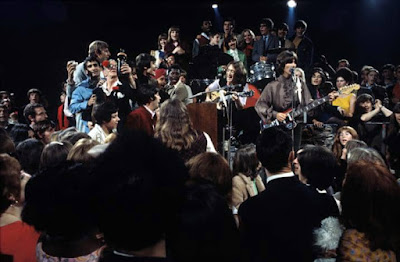 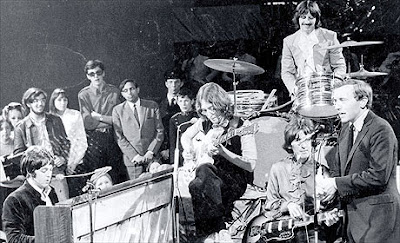 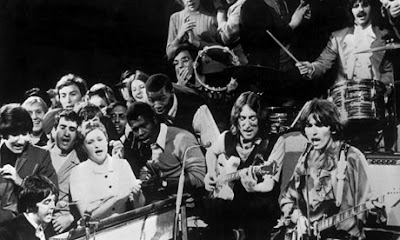 Tonight I am going to share a story that has been shared on this site before, but this is the first time the author wrote about her experience and it was the one that was written right after it happened.
This story of Hey Jude was written by Sher Miller and was found in the September 1968 issue of "Father Lennon's Many Children."


Tuesday, September 3 (1968) we had been at Paul's house all day waiting for him to come back from his holiday (he went to get a sunburn).  Finally, about four o'clock he came home all red-cheeked. He didn't stay out too long because he was exhausted from the plane trip.

That evening at EMI, they arrived about seven thirty, first came John and Yoko in a small white van driven by Mal.   not far behind, Ringo came in a large black limousine, chauffeur driven.  He has his mustache again and looks adorable.  Then right behind him was Paul in his white mini.  He stopped and signed autographs.

After Paul went in Mal came out with forms which some kids were signing.  Finally one of my friends managed to get a sheet.  it was an invitation to take part in an actual Beatles film of "Hey Jude!!!"  We all rushed up to Mal and he said we could all have one.   We got the forms just as George was driving up in his white mini.  Since I had met George just two days before Iw as anxious to talk to him again.  I approached the car and before I had a chance to say anything, he looked up and me and waved.   He had remembered me.   I was in a daze for the rest of the night.  you spend almost five years of your life obsessed with four people who don't even know you exist, and then one day one of them remembers you ... it was so beautiful.

The next day, September 4th, we met at Paul's house and said goodbye to him as he left for Twickenham Studios.  We got there about five o'clock and at first, they made us stand far behind the cameras and far from the stage.  Mal kept assuring us that we wouldn't be back there for the actual taping.  Finally, the let us move up.  Before we knew what was happening, in walked the Beatles.   There was no screaming or anything (it's so casual in England) but you knew everyone there was just dying!  They jumped onto the stage and began to tune up.  Paul is on piano throughout the song and he is just fabulous on it.  Paul had on a red velvet jacket and a pink shirt.  John, a white pullover, dark pants, and white sneakers.  George had on green corduroy pants and a brown ruffled shirt.  Ringo was wearing a light green corduroy suit with a white ruffled shirt.  The director got on the stage with them and told us what our job was.  At the end bit of "Hey Jude" that very long ending, we all rush in and surround The Beatles and sing with them!  We had a rehearsal and when I rushed in, I managed to get right near George.  Paul kept telling us to dance and clap and move around a lot.  We did it over and over about five times and each time the Beatles came back from viewing it and decided to do it again, we all cheered.

In between the actual taping the Beatles improvised.  I personally think those parts were the grooviest of the evening.  It isn't often you hear Paul singing "Hang Down Your Head Tom Dooley!"  At one point a friend of the boys from Liverpool got on stage with them.  He was completely soused.  He turned to John and said, "Can I ask you a question?"  John nodded and there was complete silence.  Then the jerk said, "Did you love your wife?"  John immediately came back with "Not lately."  (By the way, Yoko was sitting right behind me looking completely bored.)  There was silence again after John answered and Paul saved the day.  He began playing the piano and said to John, "What's was your most embarrassing moment?"  Everyone laughed and all was okay.  Paul is the most wonderful friend anyone could have.

Before we knew it the time was twelve thirty.  We had spent five beautiful hours with them!
Posted by Sara S. at 7:08 PM