This week's flashback post is from the June 1976 issue of McLen fanzine and was written by Margie Paturzo. 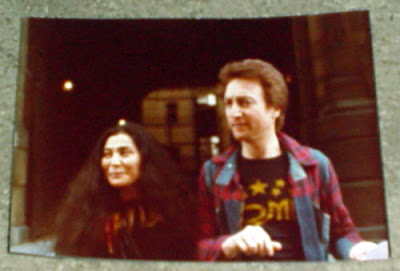 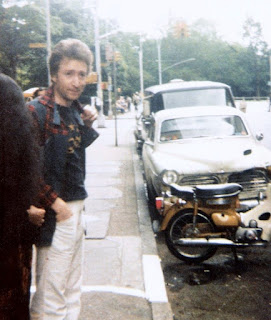 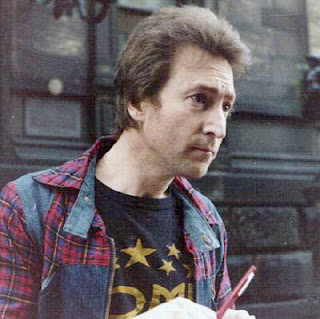 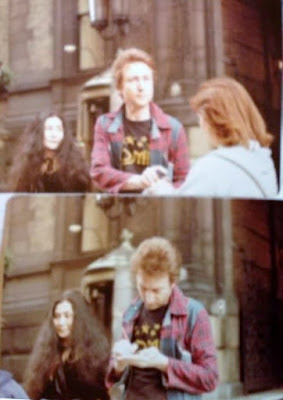 On the morning of May 24, 1976, Monday, Kathy S. and I woke up early and proceeded to go to the Dakotas. We arrived there at 9:45 and sat down in the front on the railing.  The doorman was giving us dirty looks, but we didn’t care.  We sat and waited.

Around 10:30, some more girls joined us.  We all sat there talking about John and showing each other pictures we carried with us.  Then, one of the girls, Karen B., said, “Here comes Sean.”  We all turned to look and we saw this elderly look and we saw this elderly Japanese woman wheeling a beautiful baby in a stroller.  We were all delighted as we watched him pass by us.  I must admit, he is cute.  He was wearing shorts and had on a white hat and what looked like some kind of Japanese slippers.

After he went by, we were even more excited ‘cos we figured that John would be out soon.  We were wrong.  We waited and waited and around 12:15, the nanny brought Sean back.  Again we were delighted and we were sure John would be out after the nanny took Sean up.  Or so we thought.
Around 2:15 or so, Ann joined us with Pat and Joy (from “With a Little Help from my friends” fame) and Maryann.  We talked for a while and Kathy and I told them about seeing Sean.  After a while, Pat, Joy, and Maryann left.  Ann joined the rest of us to wait for John.

We started getting hungry so Ann went down the corner and got us hotdogs and sodas.  Believe me, hotdogs never tasted so good!   I kept thinking, “Watch John come out and see me with a hot dog in me gob!”

Around 3:10, Sean was wheeled out again.  I must add that no one took pics ‘cos we were afraid the nanny would tell John and then he would be furious when he did come out.  So we just watched, Ann getting her first glimpse of Sean.  And then we continued to wait.

John was looking up and down the street for a cab and when Ann and I arrived by his left side, he was looking the other way.  Well,  Ann backed away and started taking pictures.  So I took out my pen and paper and said, “John?”  Well, he jumped back, looked at me and said, “Oooh, you scared me.”  In turn, I said “Oh John I’m sorry, I didn’t mean to scare you.  Can I have your autograph?”   All this time I was looking up into his face, unable to believe I was there with HIM!  He took the pen and paper and proceeded to sign his name.  I moved over in front of Yoko and John handed me back the pen and paper (see black and white photo).  I took it and was shaking so bad from being nervous that I hugged Yoko and told her how beautiful I thought Sean was (The things one will do when they see their favorite Beatle!).  Anyroad, I stood near Yoko, out of everyone’s way while they took pictures, and just watched that man.  While he was signing Kathy’s autograph, he asked where we all were from.  Well, everyone was yelling out their hometowns:  Chicago, Ohio, Delaware and then I yelled out “Connecticut!”.  Well, he must’ve realized (or thought) that I was the one he had written a letter to recently thanking me for “whatever I had sent him” to quote his words.  He looked up and glanced at me for a second, then went back to doing what he was doing.  I nearly melted into the ground.  All I kept saying in my mind was, “thank God he didn’t ask me if I was Margie.”

He finished what he was doing and looked up and raised his finger and said, “Here’s the cab.”  He took Yoko’s hand and started to cross the street.  Everyone yelled, “Goodbye John” and watched him cross the street to the waiting taxi.  I immediately started crying ‘cos I just couldn’t believe what had just happened.  Kathy and I hugged each other and cried (her favorite is John too, can you guess?)   We watched the taxi until it turned out of sight and then we ourselves took a taxi – to the Stanhope Hotel, where Paul stays.  Within an hour of seeing John, we saw Paul leaving his hotel.  But that in itself is another story…
Posted by Sara S. at 6:09 PM