Something on my mind 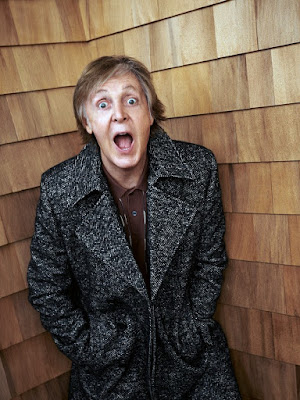 One of the perks of having your own Beatles blog is that you get a chance to speak your mind if you want and so I am going to take advantage of that right now.


This blog is "Meet the Beatles...For Real" and is an attempt to have a modern-day Beatles fan club newsletter online.   The main focus of this site are the photos and stories of people that met one or more of the members of The Beatles in person.     I include stories of anyone who has met one of the Beatles between 1962-today, but by far the most popular stories come from the 1960s and 1970s.

Life was different for Beatles fans in the 60s and 70s.   The chance to actually meet one of The Beatles and get a photo and/or autograph was pretty good if you were at the right location at the right time.    No one thought a whole lot about safety when it came to seeing the Beatles in those days.   Everything was really innocent and fun.    Of course, all of that changed at 11pm December 8, 1980.

Prior to that date, there were groups of girls that would hang around the Beatles homes, offices and studios to meet John, Paul, George or Ringo.    I feature a lot of stories about these girls.    Take a moment and realize that they are real people.   I am friendly with many of them and today they are grandmothers that lead good, normal lives.    Many of them visit this site regularly and love seeing their photos and stories shared again.   It reminds them of happier, more innocent times.

Over the past few years, a change has happened.   I used to post these stories and get comments that state, "oh how sweet" and "wish I was there too...great story!"    Now I share them and get comments about the girls being stalkers and comparing them to the imposter that murdered John.    The fans from the 60s-70s were NOT stalkers!   A stalker is someone that intends to do harm to someone else.   They are threatening and intimidating.     It is my belief that none of the fans from around the globe that waited outside of the Beatles homes or studios were wanting to harm any of The Beatles.

Let's look into WHY they did what they did.   It was a lot more than just meeting one of the Beatles.  It was something they did as a group with their like-minded friends.   Many wonderful memories were made during the hours when the Beatles were inside the building.    While some people in their late teens and early '20s chose to hang out at bars or discos, these individuals chose to hang out outside Columbia Studios or EMI or the Dakota.      Secondly, it was almost a guarantee that they would meet the Beatle they were waiting for.    Since there wasn't a sense of danger, it was common for the guys to stop and chat with the fans, sign autographs and pose for photos.   As a matter of fact, I even believe that the guys enjoyed the fans hanging around.  George wrote a song about a group of girls that hung around EMI/Apple (Apple Scruffs) and it was a lovely song.    John Lennon gave the group hanging around during the making of the Mind Games album a name "The Welcome Committee" and when they made him a t-shirt with "The Welcome Committee" on it, he proudly posed for a photo with the shirt on and that photo is on the piano in the Dakota to this day.   Paul expects to this day for fans to be hanging around -- why else would he do the limo watched before every concert?    Ringo was the only one of the three that seemed to be a little annoyed by the fans hanging around, but even he would talk to girls outside of EMI.

In conclusion, if you don't have anything nice to say about the stories I share, please just scoll by.

Email ThisBlogThis!Share to TwitterShare to FacebookShare to Pinterest
Labels: It's my blog and I will post what I want to