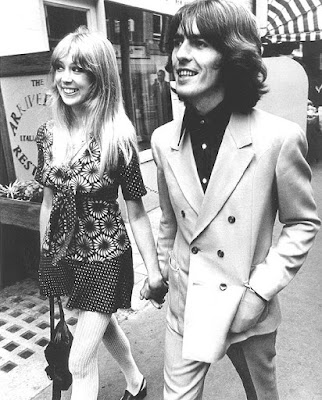 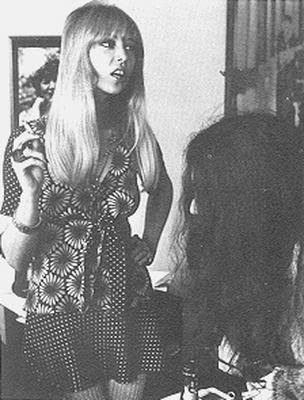 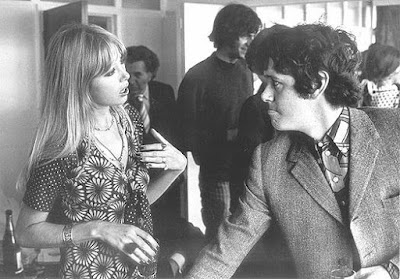 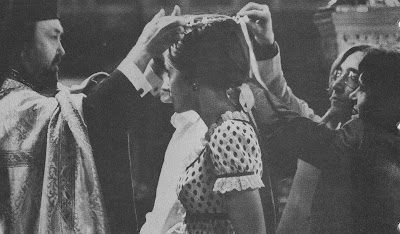 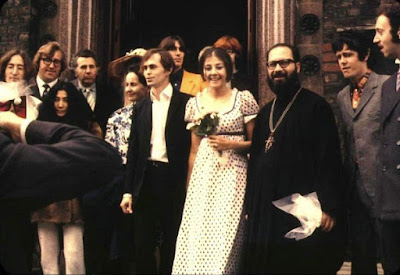 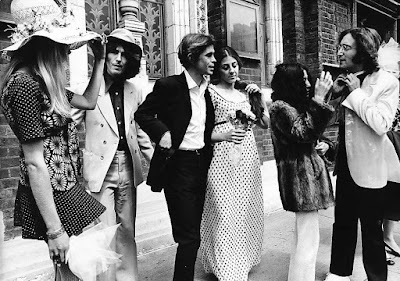 50 years ago today, on July 11, 2018 Alexis Mardis married Euphrosyne Doxiadis.     His bride was the daughter of a well-known Greek architect.    John Lennon and Donovan shared the duties of best men at the ceremony, which was held at noon at St.Sophia's Greek Orthodox Church in London.

I am not sure how Alex met Euphrosyne or how long they were together before they were married.  Her brother took the photograph of Donovan that appeared on his Greatest Hits LP, so maybe they met through that connection.     I am also not sure how long the marriage lasted.   They eventually were divorced because Alex was romantically linked with Joan Collins in the 1980's and re-married in 1993.

As for Euphrosyne, she is still alive and well in Greece and is a well-respected artist.    I wonder if she has even talked to anyone about her Beatles connection.
Posted by Sara S. at 6:51 PM