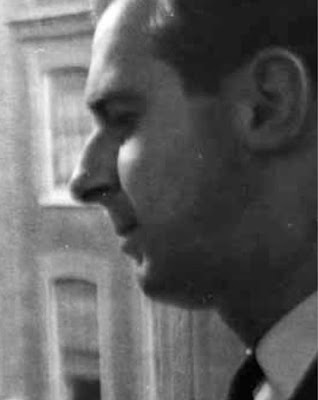 I am sad to say that Geoffrey Ellis passed away over the weekend at the age of 87.    As with most of the insiders that worked for the Beatles, Geoff was from Liverpool.    He was a good friend of Brian Epstein and after worked for about 10 years in the United States in the insurance business, he joined his buddy, Brian in running NEMS.


Brian was quite overwhelmed by the paperwork for The Beatles as well as all of the others in his stable of artists and Geoff came in and helped straighten it all out for Brian.    He did a lot of work behind the scenes to help the Beatles and their success and isn't as well known as a figure in the Beatles story as some of the other insiders.


The one reason why we really remember Geoff is that he and Peter Brown were the two friends of Brian that arrived to find their friend had died.    They were having a party and were expecting Brian to arrive and were informed to come to his house right away.

Geoff wrote a book about his life in 2004 and I reviewed it last year.
http://www.meetthebeatlesforreal.com/2017/07/i-should-have-known-better-by-geoffrey.html


My condolences go out to Geoffrey's family and friends.    It is nice to see that he lived 87 full years of music and memories.
Posted by Sara S. at 3:57 PM