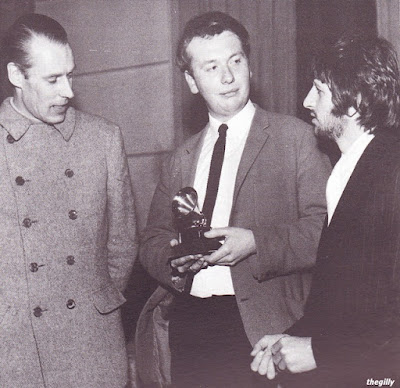 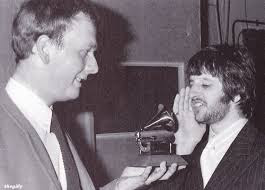 About 50 years ago (March 8, 1968)  Ringo presented Geoff Emerick with a Grammy Award for his engineering work on the Sgt. Pepper album.    Why did Ringo do this task you might wonder.   Well -- Ringo was the only Beatle in England.    The other three were still meditating in India and Ringo was craving more Heinz baked beans and headed home way before the others.    Therefore, Ringo had to be the one to do all the Beatle publicity stuff, such as this Grammy award thing.    Geoff Emerick thought it was strange because he rarely spoke to Ringo and they only exchanged a few brief words during the making of the Pepper album.
Posted by Sara S. at 4:19 PM