John, Paul & Me Before the Beatles : A Book review 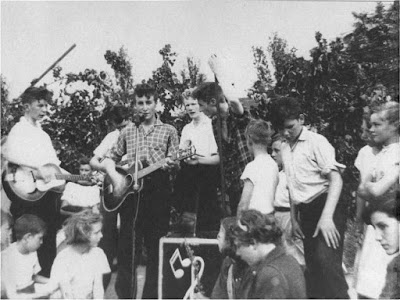 It is the first Wednesday Review of 2018 and it will be for a book I bought directly from the author this past summer while in Liverpool.   John, Paul &Me Before the Beatles was written by one of the original members of the Quarry Men, Len Garry.


Len Garry played the tea chest bass in the band started by John Lennon.  But his story with Lennon-McCartney begin way before the famous Garden Fete in 1957.      Len went to the same school as Paul.   And while they were not buddies, they knew one another well enough to say "hello" in passing and for Len to know that Paul was a guitar player and a singer.     John, on the the other hand, was someone that Len hung around when they were young teenagers.   You might recall from various John Lennon biographies that John's first girlfriend was a gal named Barbara?   Well --- she was Len's girlfriend first.  It seems that Lennon would pick up Len's girls after he was done with them.   I really enjoyed reading about the friendship Len had with John.   In so many books you read time and time again all about what a "bad" kid John was.    From Len Garry's viewpoint, John liked to have fun and pull some pranks, but was overall a good kid who cared for his strict Aunt. 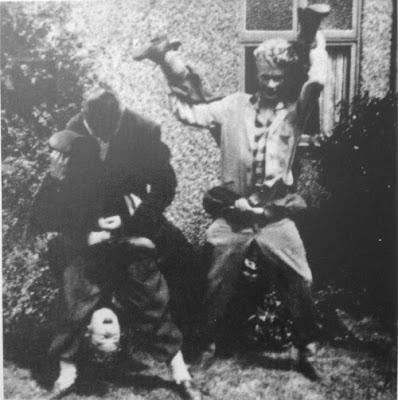 The whole Quarry Men story from the eyes of one of the members is very fascinating.    Len Garry was there when the Quarry Men performed on the back of the Lorry on Rosebery Street.  He was there for the Church Fete and remembers when John and Paul first met.    And his story is slightly different than some others I have read.    And that is what is amazing about first hand accounts.  He remembers it from his point of view.   And it isn't wrong because there are a few minor differences.  For example -- he says that Paul heard the first set and John suggested to their common friend, Ivan Vaughn that Paul go back home and get his guitar and maybe they could jam a little.    I have heard conflicting reports concerning if Paul had his guitar with him, etc.   But this is what Len remembers.

Len was there when Paul and John first performed together on stage at the Clubmoore in 1957 and he remembers getting kicked out of the Cavern Club for playing rock n roll in a jazz club.    All sorts of little stories that you have heard, but a different take on them because it is a first hand account. 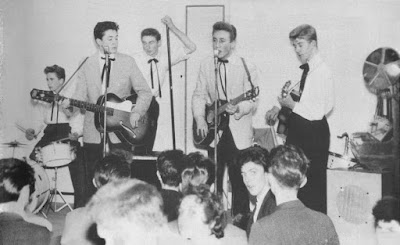 The book moves along quickly mostly because there is a lot of dialogue.   However -- you have to wonder -- how much of this can he truly remember?    Does he really remember that he ate lemon meringue pie on such and such a day before going to hang out with John Lennon and his other buddies at the park?     How did he know that he and John had that exact conversation.

The biggest issue I had with this book is the editing.    I bought the "new revised edition" of the book that was published in 2014.    The book was originally published in 1997, and it sold out quickly.  So a new edition was released.   However ---   there are so many typing and editing mistakes in this book that you wonder why they got by an editor in the first place and why they weren't fixed for the revised edition.    A lot of typing mistakes.  Like the number 2 was placed where there should be quotation marks,  strange word spacing and editing errors like explaining who someone was at the end of the chapter instead of the beginning and saying "John" when he obviously meant "Paul."   But the biggest issue I had was with the story at the Clubmoore.    The infamous story goes that Paul played his first guitar solo, Guitar Boogie, and totally messed it up.   It is such a legendary tale that the Clubmoore has a the story framed and hanging in the front of the building!   However, in this book, Len says "We had about 20 songs in our repertoire which included a few solo numbers for Paul to sing which included Guitar Boogie, which Paul performed first.  The response from the audience was encouraging...."     Alright---so that sounds like Guitar Boogie was a success after all.   Turn to the next page and you will read, "Paul by this time had recovered his composure and confidence after the comparative disaster of playing Guitar Boogie."     If I didn't know my Beatles history, I would have been completely confused -- and even so I had to re-read this several times.


But do not allow the editing errors to hinder you from enjoying this book.  It really is a good one, especially for those who really enjoy reading about what Liverpool was like in the mid 1950's.

It seems to still be difficult to find, which is a shame.   Here is a link to order the 1997 version from a 3rd party seller on Amazon, which is the best I can find right now.   Keep an eye out for this one!