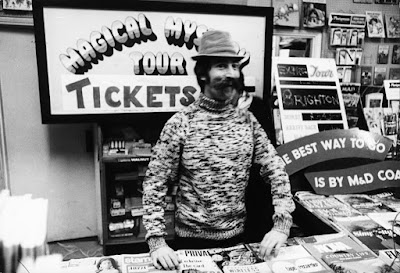 50 years ago, December 26, 1967 our friends in the U.K got the chance to watch the Beatles' Magical Mystery Tour on television for the first time.    It was broadcasted in black and white and got terrible reviews.    Today many people say that the reason for the bad reviews was because it wasn't shown in color (or colour as they would put it) and therefore, the viewers didn't get to experience the film as it was supposed to be enjoyed.

Other people claim that Magical Mystery Tour was a film that was "ahead of its time."    To me, I guess it is WAY ahead of its time because it has been 50 years and I still think it is a terrible film.    Don't get me wrong.   I like the "music videos" for I am the Walrus, Your Mother Should Know, Blue Jay Way, Fool on the Hill.   There are a few little bits in there that are cute or funny.    You can't help but love Little Nicola's interactions with John and George.    Ringo and his "auntie" crack me up.   But....once you got a creeper John slopping nasty looking stuff onto a plate, a censored stripper and a million people crowding into a tiny tent --- you lost me.    I am just thankful that I purchased the film in the era of the VHS and after the first few viewings, I was able to fast forward to the song.


As much as I don't understand Magical Mystery Tour and even have been known to call it "boring,"  I enjoy the music and the photographs from that time.    When you look at the timeline, you will notice that Brian Epstein hadn't been gone for even a month when they started filming, and this silly film was one of the last things the four of them really did as a GROUP of four guys.

And so -- I bring to you photo of MMT in black and white.  Just as they were seen 50 years ago today. 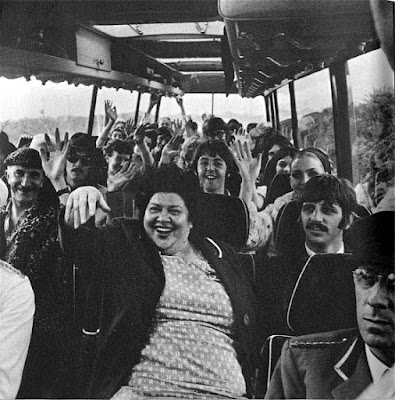 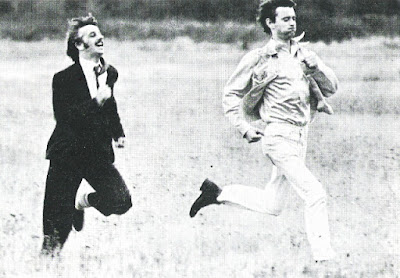 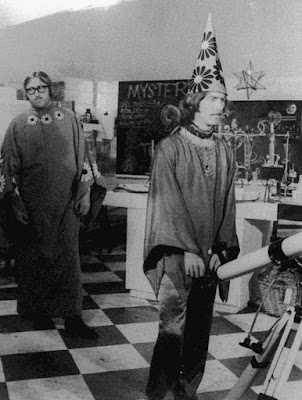 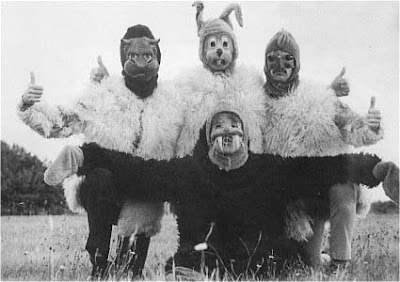 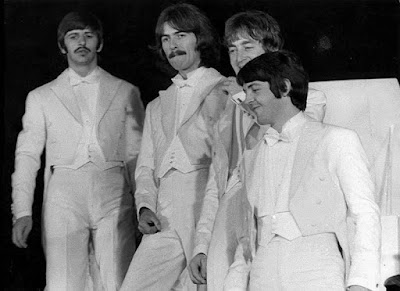 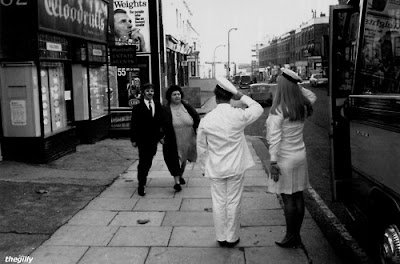 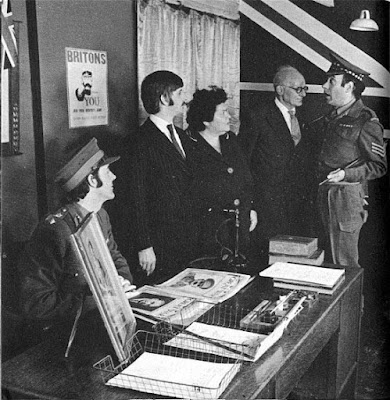