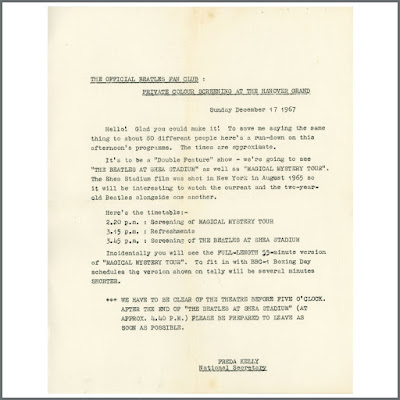 50 years ago the UK Beatles fan club area secretaries all gathered for a private screening of the Magical Mystery Tour film in London.

For those of you who aren't familiar with how the Beatles Fan club in the UK was organized, let me quickly explain.     First there was a national Fan club secretary, which of course was the lovely Freda Kelly.     She worked from the main office which by 1967 was located in Liverpool.    Freda did all of the major work for the fan club, however there was so much correspondence from fans around the UK that there was no way one person could handle it all.   Each region of the UK had what was known as the "area secretary."     So if Freda got letters from fans in say Blackpool, she would mail that batch of letters to the Blackpool area secretary.  That girl would then answer the letters and correspond with the local Beatle fans.   Freda sent the A.S. updates from the Beatles on what was going on and the A.S. would then spread the news to the fans in their immediate area.   They wrote newsletters several times a year and did a lot of work without getting paid.

To show the area secreatries their appreciation from the Beatles,  they were all invited, along with one guest (who was usualy another fan club member) to go to London for a special screening of the Beatles new film.      Of course the girls all hoped that the Beatles would be there as well, but it wasn't expected.

As you can see from the letter I posted above, the day started with a screening of the full version of MMT (I am still not sure if they got to see it in color, but you would think that they did) followed by 30 minutes of refreshments (tea and cake) and ended with (thanks to John Lennon's recomendation)  showing of the Beatles at Shea Stadium film.      The fan club secretaries also received their copy of the 1967 Christmas flexi and I think a Magical Mystery Tour EP.       So all of that is enough to make for a great day!

However -- what was set to be a great day turned out better than expected when George Harrison and John Lennon showed up during the refreshment time!!    Ringo was in Rome filming "Candy" at the time and Paul couldn't make it, but two Beatles are better than no Beatles and the fans were thrilled!  I am pretty sure that each area secretary was allowed an autograph and a photograph with John and George.    Beatles Book Monthly photographers were there to take photos, but a few fans had brought their own cameras to the event as well.     There was no crazy mania going on (at least not outward) and all of the fans were on their best behavior and from everything I read, it seemed like it was great for everyone that was there.

I have said before and I still stand by it --   if I could go back to a Beatles moment in time.   This would be in my top 5.   To be able to be that close to John Lennon and actually speak to him would have been outstanding. 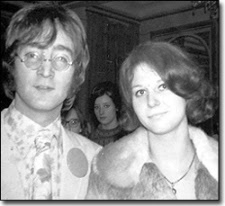 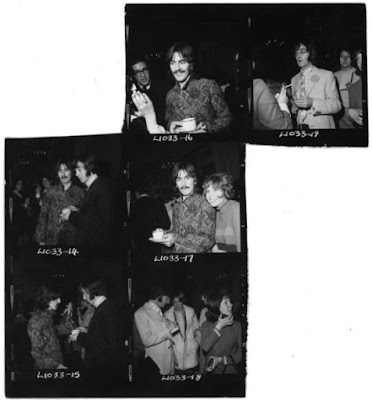 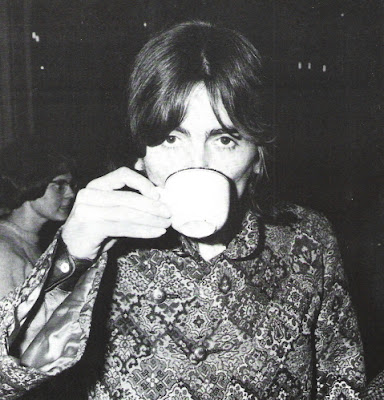 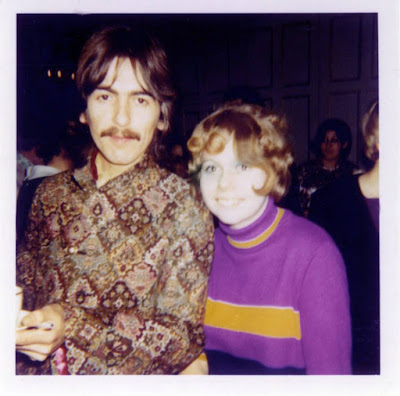 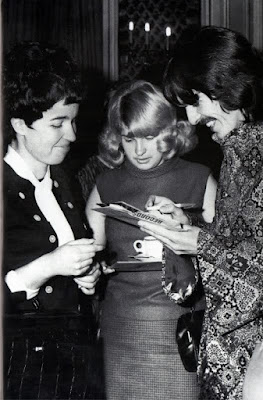 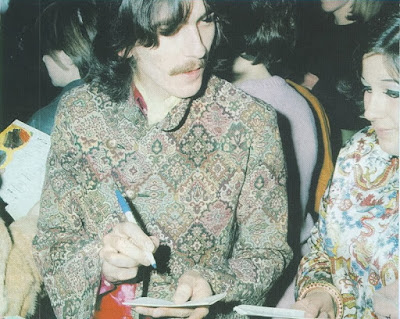 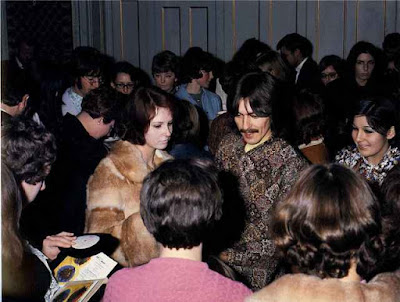