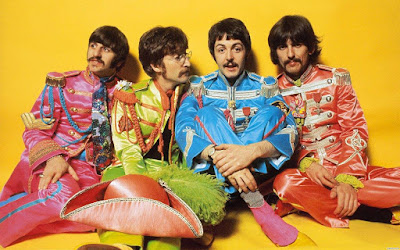 The Beatles' Sgt. Pepper suits have become some of the most iconic symbols and beloved symbols of the Beatles.    At every Beatles convention and fan gathering, there are people dressed in green, blue, orange and pink "Pepper" suits.

But whenever you really think about it, the Sgt. Pepper suits weren't worn by the Beatles very often.   The Sgt. Pepper suits were originally designed by M. Berman Ltd.     They suits themselves are really unique.   They aren't just carbon copies in different colors.    Each suit has different patterns and designs.   George and Paul are wearing their MBE and John purposely isn't---instead he is wearing medals borrowed from Mona Best.     Great information about the ins and out of these suits can be found at this site (which even gives me a shout out!)


The first time the Beatles put the suits on was on March 30, 1967 during the Sgt. Pepper album photo shoot. 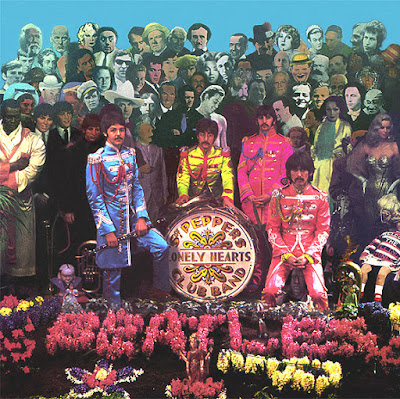 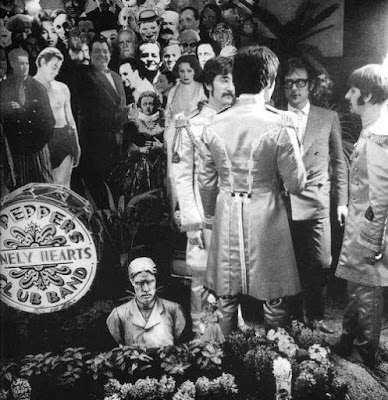 The only other time all four Beatles are seen wearing the Sgt. Pepper suits are in November 1967 when the did the promo film for "Hello Goodbye." 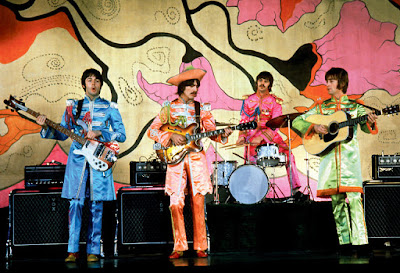 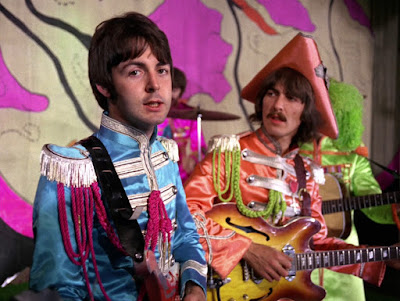 I have heard a story about John walking around London wearing his suit while tripping on LSD, but that is just a story and has never been confirmed.


All four suits are currently in possession of Paul, Ringo, Olivia and Yoko.    Yoko has loaned John's suit to the Rock n Roll Hall of Fame in Cleveland right now.   Ringo and George's have been on display at museums in the past, but as far as I know they aren't right now.


George is the one Beatle that kept bringing his suit out after the Beatle years.


Paul's suit is seen in the video for "My Brave Face," although the one the Japanese collector guy holds up is a copy.    Apparently Paul didn't want it being handled. 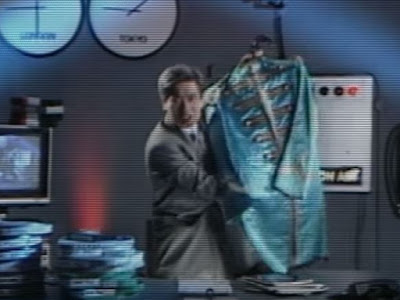 Ringo's suit was rumored to have been destroyed in a house fire in 1979.   Thankfully that was just a rumor and Ringo still has his pink suit.    Just a few days ago Ringo was pictured wearing one (is it the original?  I am not sure) to celebrate the Beatles 50th Anniversary. 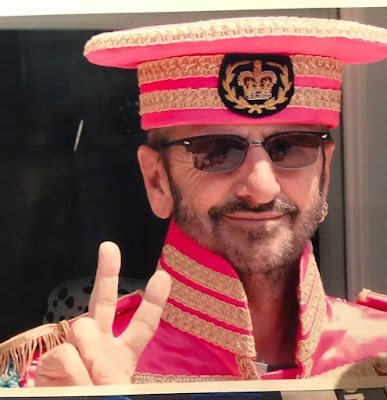 The Sgt. Pepper suit has almost became bigger than the album.   I get it---I really do.   However, I would never wear one to a Beatles gathering.
Posted by Sara S. at 9:44 PM