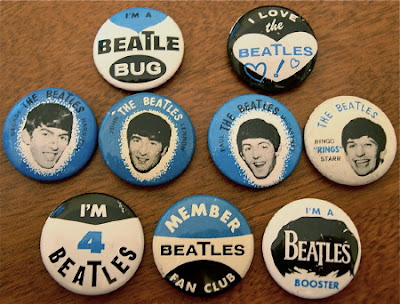 As you know, I wrote my first book, Happiness is Seeing the Beatles:  Beatlemania in St. Louis  last year and it was an amazing experience.    I had so much fun writing the book.

I decided to start in on a new book project that will take many years to complete.   It is a subject that is near and dear to my heart for obvious reasons--the Beatles fan clubs.

No one has ever really dug into the history of the Beatles fan clubs, and while I am sure it isn't a topic that is of interest to every fan, I think there is enough interest out there to warrant at least a limited edition book.

For this book to actually happen, I need help!    I am looking to talk to anyone that was involved in the Beatles fan club and has stories that he/she would like to share.    That would include:


I also will need lots and lots of photographs of memorabilia.     Fan club membership cards, posters, newsletters, you name it!

Won't you please please help me??   If you weren't involved in the original  fan club---please try to think if you know of someone that was and ask them for me.

Send those emails to beatlesbusch66@gmail.com    I have a list of questions for fans to fill out if they are interested, or they can just share their story on the phone or whatever is best of them.

Email ThisBlogThis!Share to TwitterShare to FacebookShare to Pinterest
Labels: Beatles fan club, Sara rambling, Sara's life, yes Sara is out of her mind