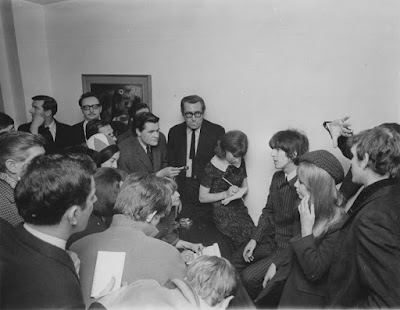 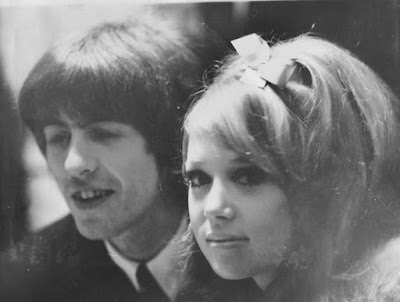 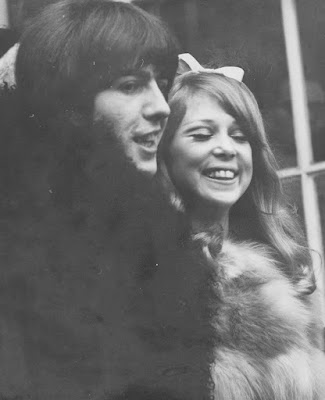 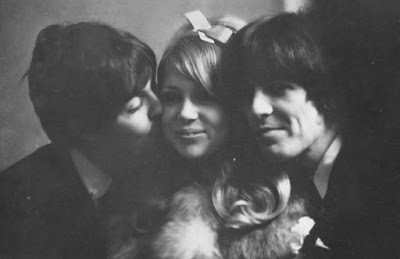 George's wedding:  My piece of George's wedding cake is on its way; I should have it by the time you receive this letter.  I still can't make up my mind whether to eat it, frame it, or maybe just auction it off crumb by crumb!  I think you might enjoy reading Mum's description of the wedding:    George & Pattie were married in Epsom (which is a town outside of London) by a Justice of the Peace.  The ceremony took place at 10:45am. on the Friday morning.   There were no sightseers when the party arrived.  the weather was very, very cold and foggy.

Pattie wore a reddish striped dress and red fox fur coat with a beige band around her hair and beige shoes.   Pattie carried a bouquet of white Gardenias, white carnations, cream roses, and lily of the valley.   The ring is broad and in a design of white, pink and ordinary gold.

Mum & Dad only knew three days before the wedding what the exact day and time would be.  Unfortunately, at such short notice, my other brothers Peter and Harry and their wive were unable to make arrangements to attend.

The only other Beatle present was Paul - and as Jane was working, she was unable to accompany him.  As you probably heard, John and Ringo were on vacation in Tobago with Cynthia and Maureen.  Although they would like to be together for weddings, etc., they have found from experience that a secret is better kept if all four of them do not appear in one place at one time.


George particularly wanted his wedding to take place in a quiet and serious atmosphere rather than a frantic, hurried atmosphere as would be the case if too many people had known about it.  They decided against going away for their honeymoon at this time.  their ideas about a family are that they would like about three children, but George is a little reluctant to start his family whilst there is so much publicity.   I guess when he does have children, he wants t have the time to spend with them.