Letter to the US Labor Department 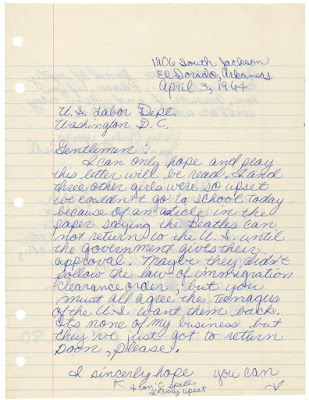 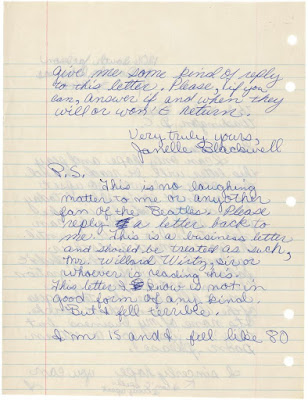 53 years ago a fan named Janelle Blackwell wrote a very serious letter to the US Labor Department wanted to make sure that the government approved for the Beatles to return to the United States to perform.      You know that when she wrote this letter, she was extremely serious and concerned about the fate of the Beatles in the United States.   Being from Arkansas, so hadn't had the opportunity to see the Beatles in person yet and the idea that the government could stop the lads from coming closer to her was devastating.    However, reading this in 2017 makes me chuckle.
Posted by Sara S. at 8:33 PM