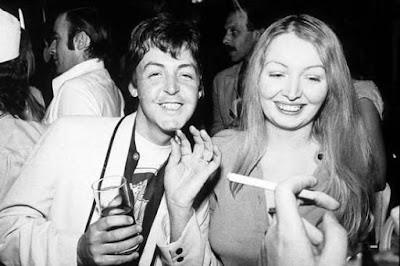 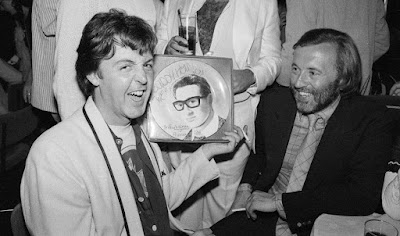 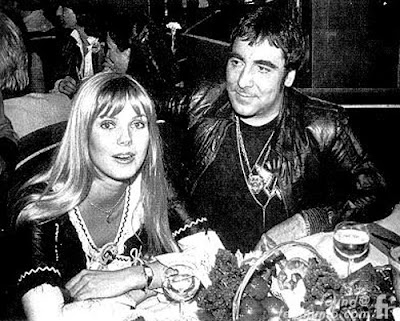 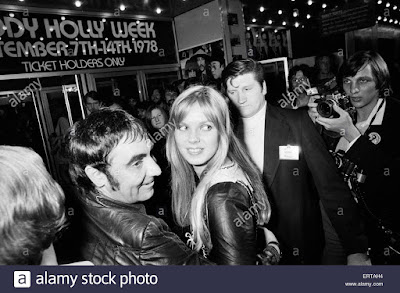 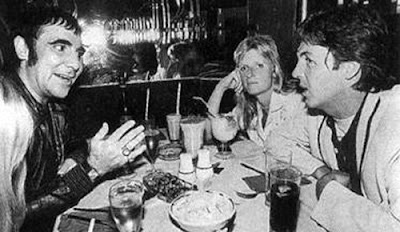 On September 6, 1978 Paul and Linda attended a showing of the film "The Buddy Holly Story," something that Paul supported until he decided  to finance "The Real Buddy Holly Story" in 1984.  But in 1978, the couple attended the film as part of the annual "Buddy Holly Week" followed by a party at Peppermint Park.      Keith Moon was at the film and the party and even was sporting a Wings t-shirt to the events.      Sadly, this was the last time Keith was seen alive and the photographs from that night are the last ones taken of him as he was found dead in the apartment where he was staying the next morning.
Posted by Sara S. at 8:39 PM