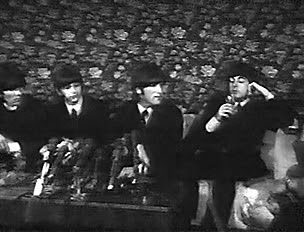 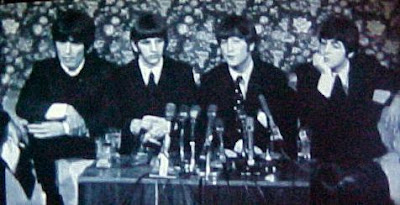 I would guess that the press conference the Beatles gave on August 11, 1966 in Chicago where John Lennon tried his best to explain what he meant when he was interviewed by Maureen Cleeve is the one press conference almost every Beatle fan has memorized.

Here is what the newspaper had to say about it:

“I’m sorry I said it really  I never meant it as a lousy, anti-religion thing,” apologized John Lennon.  He tried to explain his remarks about Christianity that set off boycotts and bonfires in the United States.

The man thing, Lennon said, is that he was misunderstood.  “I wasn’t saying whatever they’re saying I was saying,” he explained.  “I was sort of deploring the attitude toward Christianity.  From what I read or observed, it (Christianity) just seems to me to be shrinking, to be losing contact.

Paul McCartney added, “And we all deplore the fact.”

Lennon said he was “worried to death” about the controversy aroused by this statements that the Beatles “are more popular than Jesus” and that “Christianity will go.”

Some U.S. radio stations have banned Beatle records since Lennon’s remarks were published in an American teen magazine.  Some former fans have built huge bonfires of Beatle records and pictures.  In England, Lennon said his remarks caused hardly a ripple.

“They were just taken as a bit of a loudmouth thing,” he said.

The singers arrived yesterday.  They were greeted by a small, quiet group.  When their limousine drove up to North Side hotel, however, things were more normal.  There were about 200 screaming, leaping, frantic teenagers swarming all over the car.

The quartet was asked if their popularity is slipping.  “If we do slip, so what?  Who cares?” said George Harrison.  “We’ll just be  where we were before—only a lot richer.”