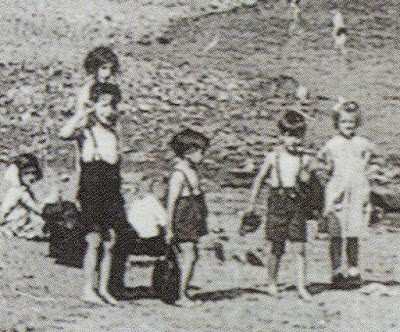 Beatles fan, Peter Hodgson made a fantastic discovery last month when he was going through some archived photographs of Liverpool by the Liverpool Echo newspaper.     The photograph was taken by near Speke on the Oglet Shore in the late 1940's.

The photo itself shows a group of kids playing on the beach.   And in the background, which has been zoomed and cropped from the original, shows some young boys wearing shorts and braces along with a girl with a bow in her hair.

Peter is convinced that the two boys (the one looking at the camera being Paul and the short one turned is Mike) is the McCartney brothers.

Mike was shown the photo and said it was a 50/50 chance as he and his brother did play on that beach in the summers and their mum often dressed them in shorts and braces as well as they had a neighbor girl that palled around with them.

But can we know for sure that this is Paul and Mike and not just some other ragamuffin kids from Liverpool?  No---the image is too far away to really make out the facial features of the boys. 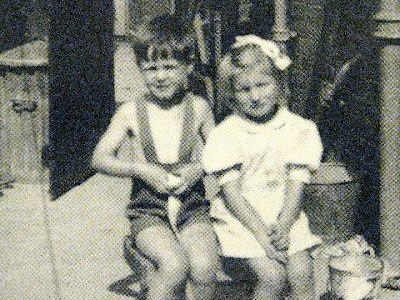 However, a lot of little girls wore bows in the hair and a lot of little boys looked similar to how Paul looked at that time.   I don't think we will ever know for sure---but it really was a great discovery!
Posted by Sara S. at 6:00 PM