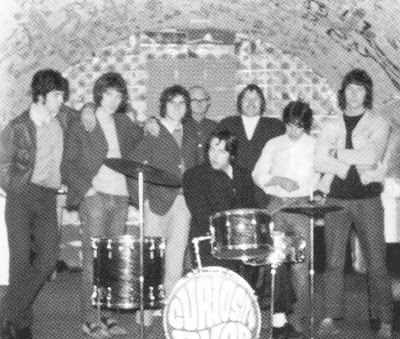 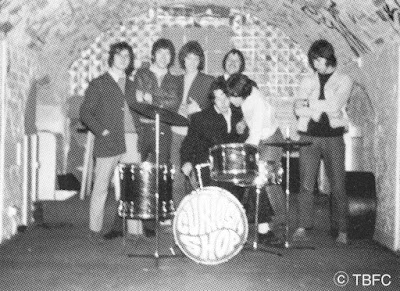 There seems to be some doubt out there in Pepperland lately that Paul McCartney ever returned to the original Cavern Club.      On October 25, 1968 (which was a Friday) Paul and his then girlfriend, Linda went to Whirral to drop off a record player to Paul's step-sister, Ruth.    Around noon Paul called up the Cavern Club and asked if he could drop by.

The Cavern as the Beatles knew it closed up in early 1966 because of financial difficulty.   However, it was quickly re-opened with a new entrance and a snack bar and ran by a man named Alf Goegenhen.

Alf asked Paul if he could take some photos whenever he came by and Paul agreed as long as the press didn't know about it.    So Alf Goegehen ran out and bought a camera!

Paul and Linda came by and Linda used the new camera to take a few photographs for Alf.    A band called the "Curiosity Shop" was rehearsing of a concert later at the Club.  Paul asked if he could sit in and play the drums for a bit because he "always wanted to be a drummer."    Photos were taken and fun was had for some unsuspecting Merseyside band.

I hope THIS once again lays to rest the fact that Paul McCartney was at the Cavern Club in Liverpool in 1968!
Posted by Sara S. at 7:27 PM