I enjoyed watching the 40th anniversary of Saturday Night Live this past Sunday night.   As a teenager in the 1990's, I never missed SNL.   As a matter of fact my best friend and I were known as "Wayne and Garth" (with me being Garth) among my circle of friends.   Catch phrases from SNL were part of our daily lives.  One of my happy memories as an early Beatle fan was watching Paul McCartney on live television in 1993 on the show.    I loved the whole "Chris Farley Show" skit with Chris and Paul because how many of us fear that if we talked to Paul THAT is what we would sound like?    I also loved the 'Red-hooded Sweatshirt' song that Paul and Linda did a small cameo on while Adam Sandler sang.   Good memories.

The Beatles have been a apart of SNL history going way back, which isn't surprising because the Beatles, while broken up, were still hot when the show premiered in 1975.


By 1976, everyone was begging the Beatles to get back together for a reunion performance.   In early April 1976, People magazine had an article about Sid Bernstein  (who wasn't named at the time) offering the Beatles $230 million for a reunion concert.   That is an insane amount of money even today.   As we know, the Beatles turned him down.

This lead of one of the funniest Beatle SNL moments of all time.   On April 24, 1976,  Lorne Michael's, the producer of Saturday Night Live,  very seriously looking into the cameras and offered the Beatles a whooping $3,000 to perform on Saturday Night Live. 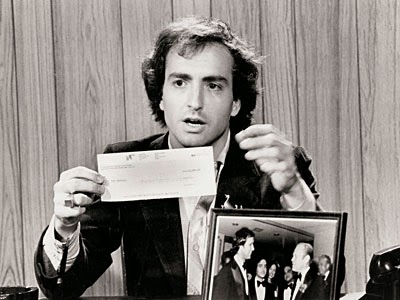 He goes on to say how the Beatles would only need to sing three songs to get the money.   And that "you know the words, it will be easy."   He also tells them that they can split the money up however they want and if they want to give less to Ringo, that is up to them (poor Ringo...always the butt of every joke!).     He shows the camera the check from NBC made out to the Beatles for $3,000 to show that he is indeed serious about this. 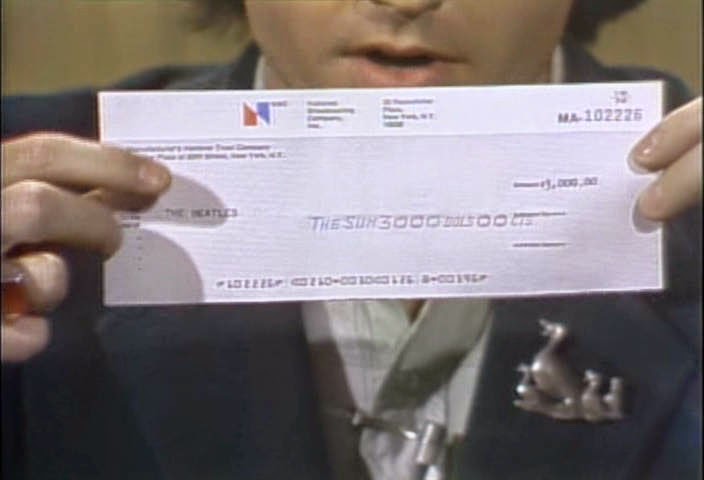 For the millions of people watching the show at home, especially the big time Beatle fans, this was hilarious.   But we didn't know until an interview in 1980 that two special fans were watching as well.   John Lennon and Paul McCartney were together that night in 1976 in the Dakota and they were watching SNL on T.V.    John explains in the famous Playboy interview:


PLAYBOY: "Aside from the millions you've been offered for a reunion concert, how did you feel about producer Lorne Michaels' generous offer of $3200 for appearing together on 'Saturday Night Live' a few years ago?"
LENNON: "Oh, yeah. Paul and I were together watching that show. He was visiting us at our place in the Dakota. We were watching it and almost went down to the studio, just as a gag. We nearly got into a cab, but we were actually too tired."
PLAYBOY: "How did you and Paul happen to be watching TV together?"
LENNON: "That was a period when Paul just kept turning up at our door with a guitar. I would let him in, but finally I said to him, 'Please call before you come over. It's not 1956 and turning up at the door isn't the same anymore. You know, just give me a ring.' He was upset by that, but I didn't mean it badly. I just meant that I was taking care of a baby all day and some guy turns up at the door... But, anyway, back on that night, he and Linda walked in and he and I were just sitting there, watching the show, and we went, 'Ha-ha, wouldn't it be funny if we went down?' but we didn't."
PLAYBOY: "Was that the last time you saw Paul?"
LENNON: "Yes, but I didn't mean it like that."

The thought that John and Paul saw this funny skit live on TV totally blows my mind!   And that a discussion was had about going down to the studio?!    Of course in 2000 a film called Two of Us, tells the story of what would happen if they did go down to the studio that night (I have never see it, so I have no thoughts on it).

But the gag did not end there.   On November 20, 1976 George Harrison was a musical guest on Saturday Night Live.    At the beginning you see George and Lorne talking and they are saying,


Lorne Michaels: ..I mean, how do you think I feel? I feel terrible about it!

Lorne Michaels: I understand. But it was just one of those mix-ups. I mean, it's..


Then there is some dialogue with Paul Simon and it goes back at the end  to George and Lorne's discussion:

George Harrison: Fine, I'll tell you one thing, you ought to get in straigt in the future, you know..?

Lorne Michaels: Well, I'll tell you what. I know there's $250 available for the opening, for the person who says "Live, from New York, it's Saturday Night".

George Harrison: [ smiles excitedly, and turns to the camera ] "Live, from New York, it's Saturday Night!" 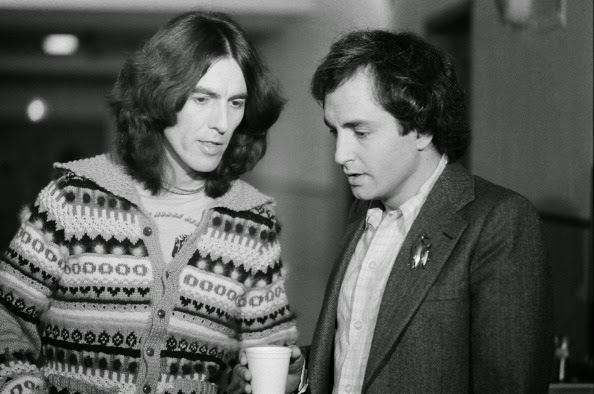 Fast forward now to February 13, 1993 and Paul McCartney is on SNL as the musical guest.   Similar to the George Harrison sketch in 1976, Paul and Lorne are in the hallway talking.    They are saying,

Lorne Michaels: I just assumed George would have given you the money..

Paul McCartney: No, I-I never even heard from George..

Lorne Michaels: I mean, I can't be responsible for that. I mean, he said that he would take care of the band.. [ notices Alec enter ] Ah! Alec, how's it going? 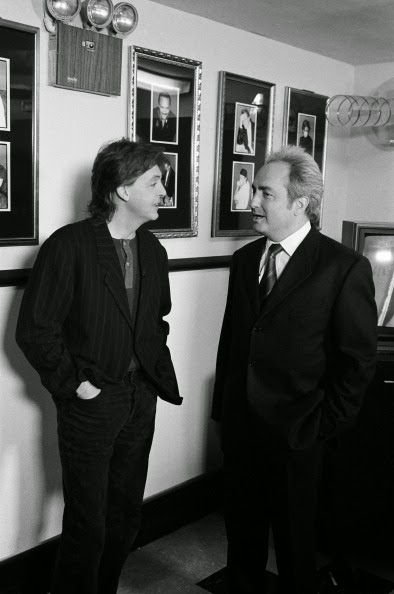 So the joke from 1976 has not been forgotten and it is remembered from Beatle fan as one of the funniest Beatle television moments.


Much of the information came from
http://snltranscripts.jt.org/
http://www.beatlesinterviews.org/db1980.jlpb.beatles.html
Posted by Sara S. at 1:08 PM