After the Ed Sullivan Show performances in February of 1964, the next opportunity for your average American Beatlemaniac to see the Beatles perform would have been at the movie theater watching the Beatles Washington D.C. concert at the Coliseum on a closed circuit broadcast on March 14 or 15, 1964.   When you think about it, this was a really great way for a large amount of fans to see a full Beatles concert in a concert-like setting with other fans.  Plus it was a concert that had been live just a month earlier, so it was still very relevant.    This was the first time in history that the closed-circuit was used for a concert.  Previously, it had only been used to show boxing matches.

The Beatles concert was a 90 minute film.   Besides the Beatles, there was also a concert by Lesley Gore and the Beach Boys on the bill.   These were three separate concerts.   Somehow over time, a few Beatle books have said that Lesley Gore and the Beach Boys were the opening act for the Beatles Washington D.C. concert.    The Beatles opening acts were not shown on this film, but the two concerts by Miss Gore and the Beach Boys were.    It was broadcasted over telephone lines to select theaters in the United States in Canada.   It was shown on either Saturday March 14, 1964 twice or March 15, 1964 twice, although in a very few locations it was shown four times over both days.   In the list of 100 locations where the film was broadcasted, I found it interesting that the Washington D.C. Coliseum was listed!   Fans who couldn't go to the original concert, could watch the concert on a screen right where it took place OR even better yet fans who were at the original concert could go and see themselves on the big screen in the very place the concert occurred! 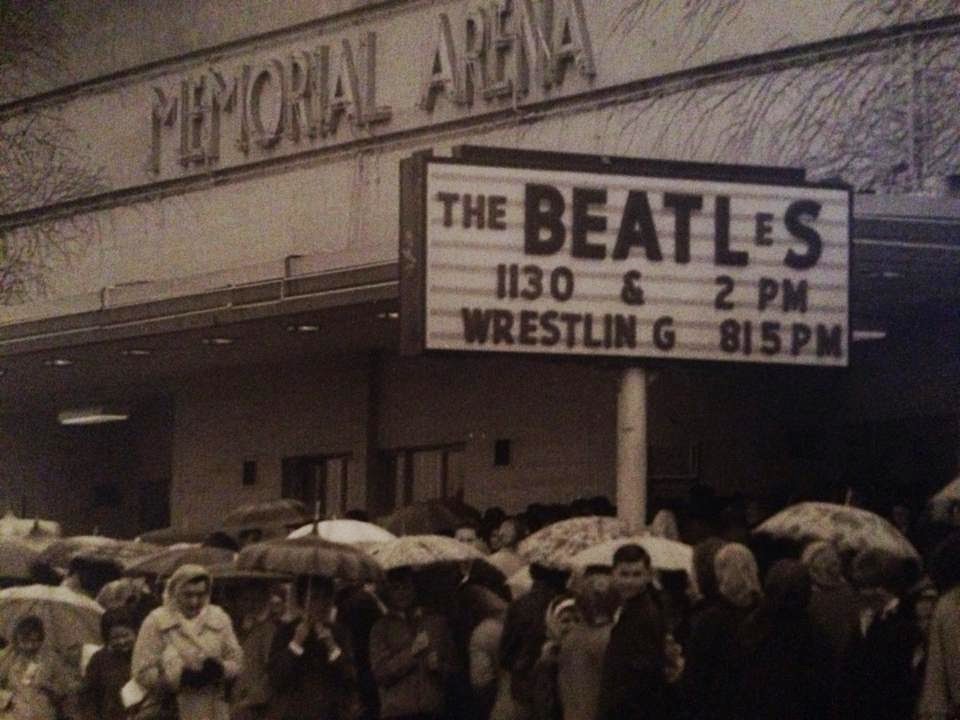 It is said that 500,000 fans in the U.S. and Canada went to see the Beatles closed circuit performance.   Although it is difficult to say how many individual fans went to see it.   The 500,000 number is the amount of tickets that were sold, but many fans went to both the morning and the afternoon showing and so they were counted twice.    The company that was behind the closed circuit show, National General Corporation, must have been pleased because they made 4 million dollars that weekend 50 years ago.


Fans who packed into the movie theaters and other various venues to see the Beatles perform acted like any Beatlemaniac would have if they were seeing the Beatles live and in person.   There was plenty of screaming, crying and fainting.  Some fans reported that they couldn't hear the concert over the fans screaming, but that it was a wonderful time.    Fans also dress in their new Beatles gear for the show.  There were plenty of Beatles sweatshirts and buttons worn as well as Beatles wigs.   And of course the newspaper reporters and photographers were on hand to report about this wild and crazy Beatlemania going on. 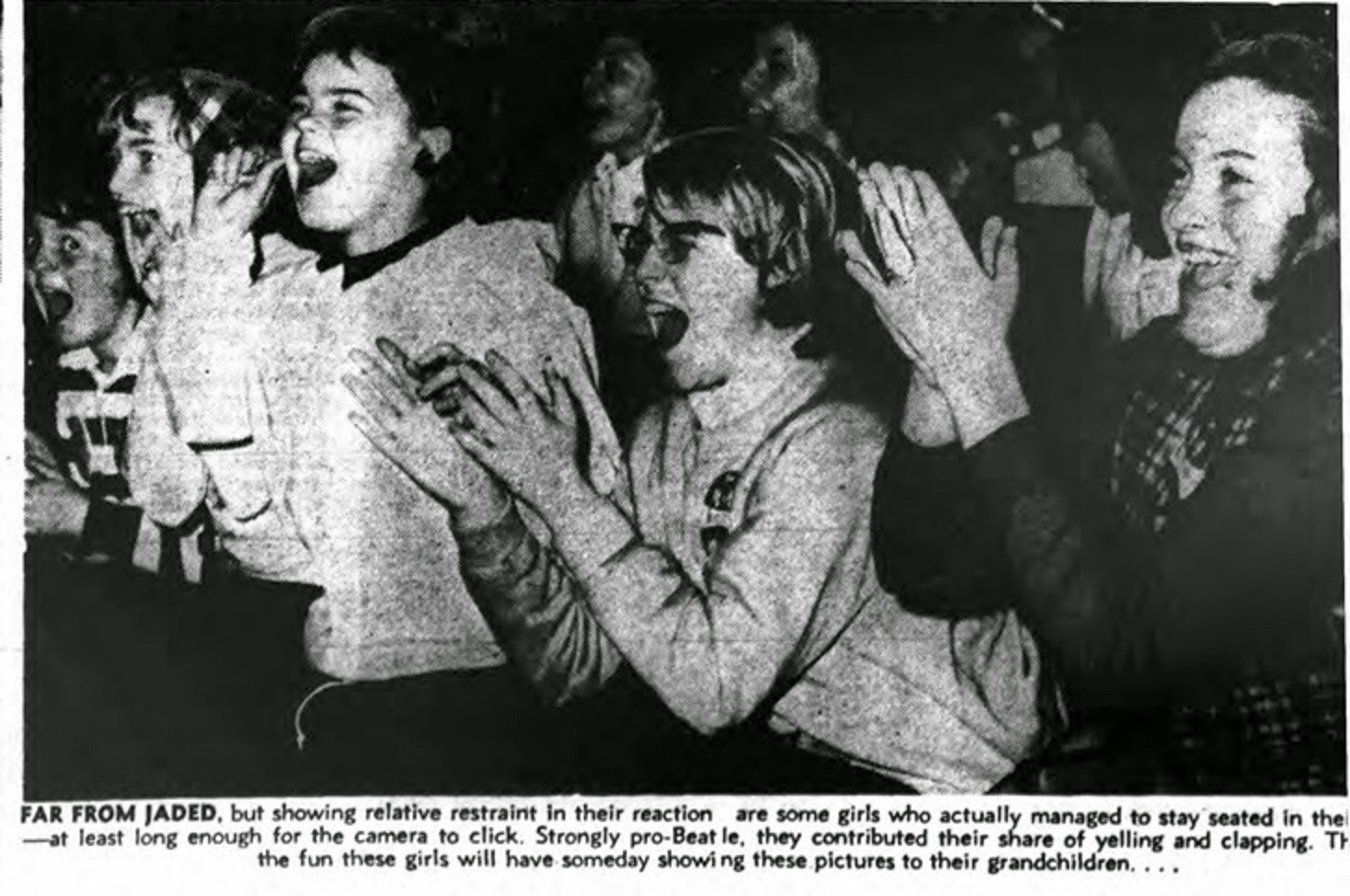 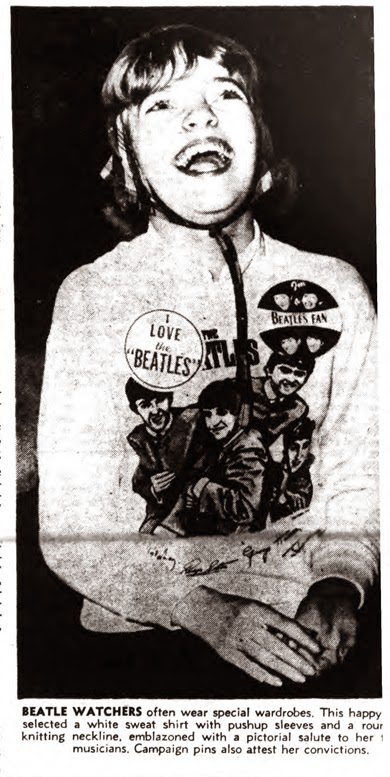 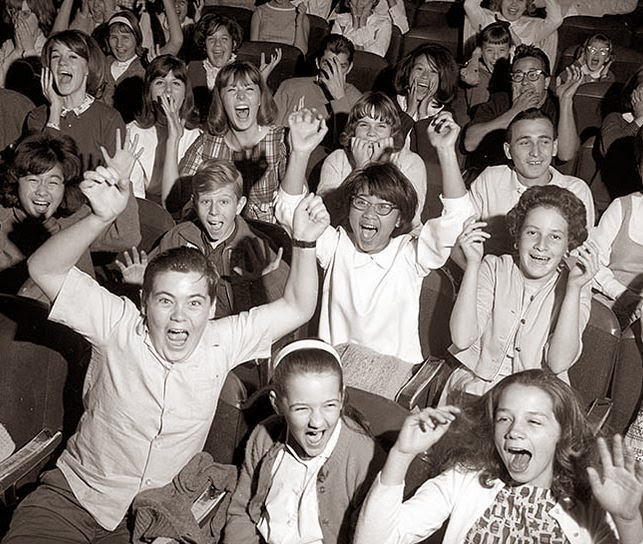 This closed circuit performance of the Washington D.C. concert was just a small blip in the history of the Beatles, but it was the first time a pay per view concert had occurred and it is worth remembering.   The concert fell into obscurity for many years until it started to show up at Beatle conventions and on grey release VHS and DVDs.   A few years back it was available through itunes if you bought $150 worth of Beatles music.     I would bet that for those fans who saw it over those two days in March of 1964, it was a great time!

Much of the information for this article came from this Pop History article. 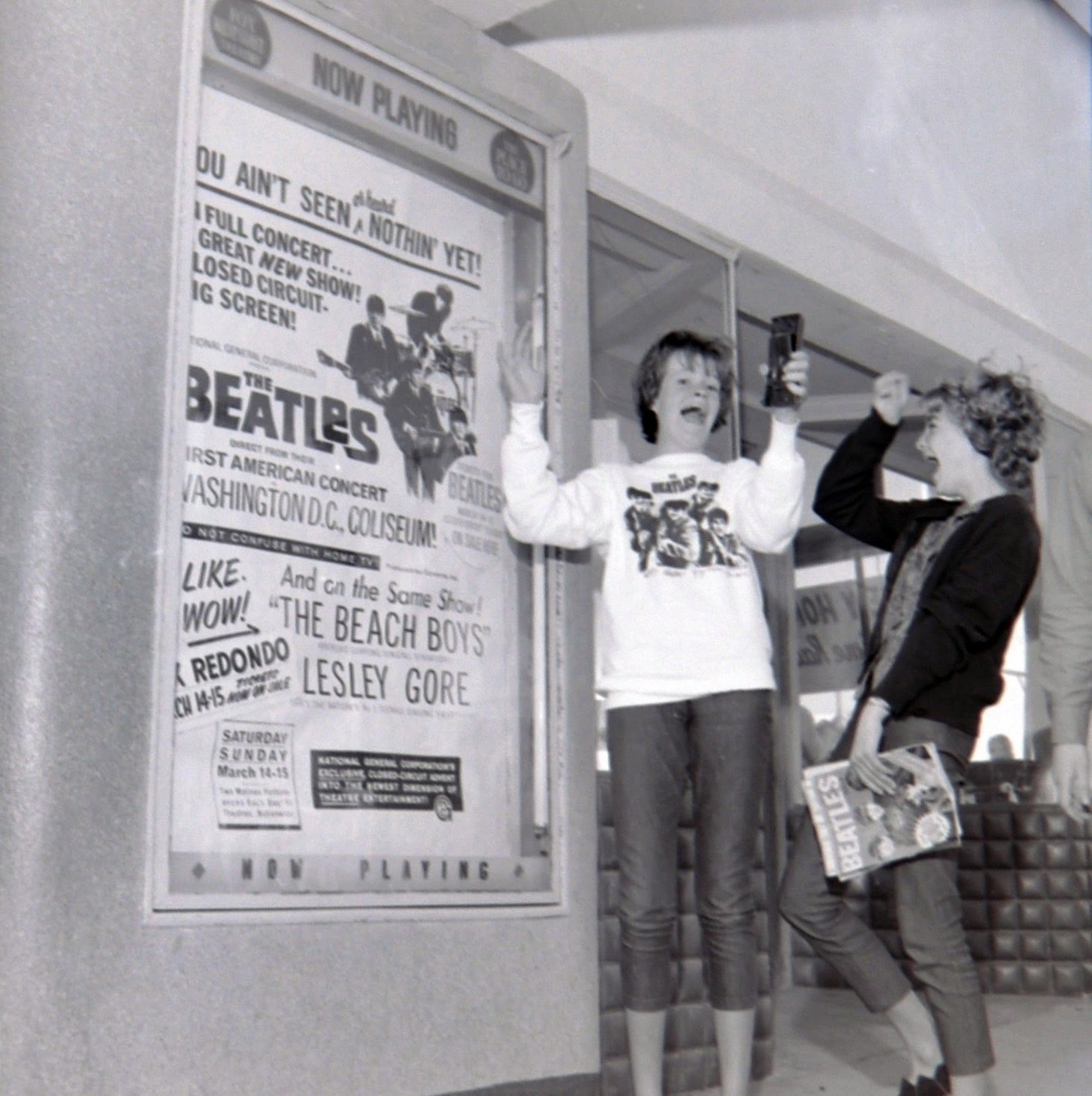