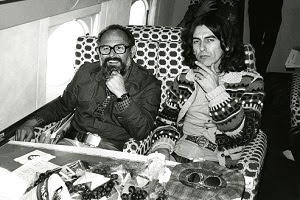 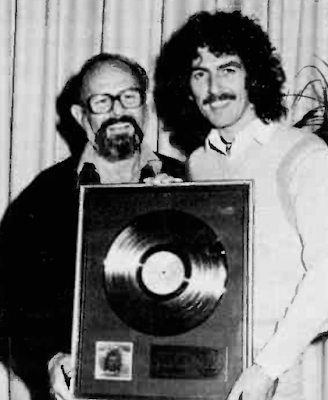 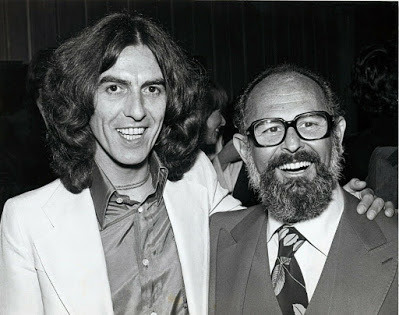 Sadly Mo Ostin, the former Warner Brothers executive passed away today at the age of 95.  Mo was really one of a kind and everyone that knew him has incredibly kind things to say about him.   He worked with Jimi Hendrix, Madonna, The Red Hot Chilli Peppers, Joni Mitchell, The Kinks, Fleetwood Mac and the list goes on and on.   The person that he worked with that this site is the most interested in was George Harrison.    Mo and George were pretty good friends from the mid-late 1970s.  They were such good friends that George wrote Mo a song for his 50th birthday in 1977 that was originally supposed to have been on the "Somewhere in England" album.

Mo had a full life and touched many people along the way.   Thanks Mo!