With a Little Help From My Friends 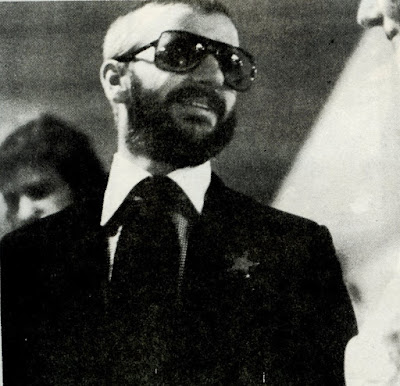 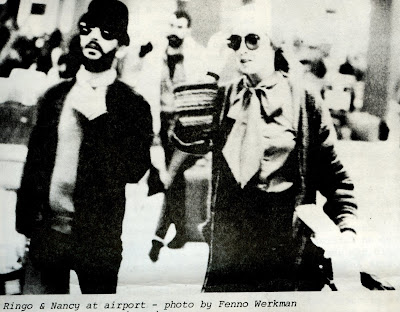 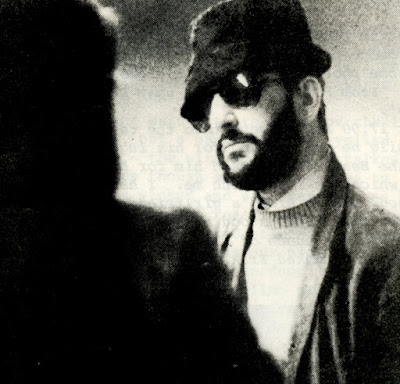 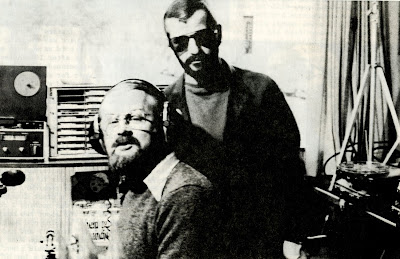 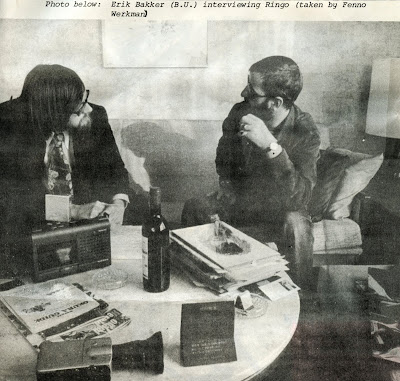 One day Erik Bakker of Beatles Unlimited magazine phoned me and told me that Ringo Starr was coming on October 1, 1976, to Holland to promote his last record.   Erik asked me if I would like to come along with B.U. and to take some photos of Ringo at Schiphol airport.  I said yes and he knew that Ringo would arrive at 17.30 PM.  From Polydor, I heard that Ringo was going to promote his new long-play record, Rotogravure.

On October 1st Erik and I went to Schiphol at 17.00 PM.  I went into the tax-free shop of Schiphol and found Ringo with two girlfriends while he was waiting for his luggage.   I went towards Ringo and told him that I was a fan of The Beatles and asked him for his autograph.  He gave me his autograph on a promotional paper which I carried with me.  I had more promotional papers with me and I gave them all to Nancy, who is Ringo’s girlfriend at the moment.

I talked with Ringo for some moments and after that, Ringo stood up and went into the arrival-hall where Erik was waiting.  HE offered Nancy a bunch of flowers and Ringo a bottle of Dutch gin, and also gave him the B.U. magazines.   Ringo thanked Erik and went to his car and drove to the Okura Hotel in Amsterdam.  We followed him.

When we arrived at the Okura Hotel some people were waiting for Ringo:  Henk of B.U., Jan and Raymond of The Beatles Work Group.  They all asked Ringo for his autograph and some other things. Then Ringo went into the hotel and we followed, meanwhile taking pictures of Ringo and Nancy.  They went upstairs. B.U. offered Ringo’s driver a drink and we asked him what Ringo was planning to do during his stay in Holland, but the driver knew nothing about his plans.  B.U. informed the others and me about Ringo’s plan though.  I went home but the B.U. staff stayed behind in the Okura hotel.  Erik asked if B.U. could get an interview with Ringo.  The answer was yes – but not now!  One of the reasons for this answer was that the name of the magazine was wrong.  The word “Beatles” was not allowed as part of the name of the mag.

On Sunday evening Ringo went to The Hague to visit the Hollie’s concert.  I knew that, and phoned a friend of mine named Jos of The Beatles Work Group and asked him if he wanted to go with me to the Congrewgebouw where the Hollies’ concert was held that evening.  We went there, to the artists’ rooms.  When we arrived there, a guard was standing in front of the door and told us we were not allowed to go in.  But after 15 minutes of talking to him we persuaded him to let us in.  We had to wait for about 15 minutes for Ringo, then he arrived with Nancy.  Jos asked for an autograph and gave Ringo a huge colour picture of Paul McCartney which I took at the Wings concert in Rotterdam.    Ringo liked the picture but he couldn’t take it with him, so he asked us to bring it to his hotel.  I asked Nancy about an interview and she said it would be all right.  To take this interview, we needed a tape recorder, but the only one we knew who had one was Erik in Amsterdam in the Okura Hotel.  I phoned Erik to ask him if we could borrow the tape recorder, but he wasn’t there.  That was a great disappointment for me, but there was nothing I could do about it.  We sat for about two hours with Ringo and he was singing old Beatles songs (like Octopus’ Garden) and had a lot of drinks.   After that Ringo went into the hall where the Hollies would sing.  When he saw the Hollies, he shouted a lot of funny things to them like “we want the air that you breathe!”

During the concert, Jos and I sat right behind Ringo and when the concert was over, we went back to the artists’ room and went to the bar where we had another drink.  I was sitting there for about 10 minutes when Ringo’s friend Hillery Gerrard came towards me and asked what my opinion was about the Dutch record company.  He talked with the manager of Polydor-International and told him that he wanted him to help us with the promotion of Ringo’s records, so this man gave his word that he would do so.  Hillery gave us a sort of sheriff’s star, the same Ringo was wearing.

In the meantime, Jos went home because he had to work in the morning.  I stayed behind.  When Ringo went to the Bel Air Hotel in The Hague, I went with him.  I the hotel I talked with Nancy, Hillery and Ringo for about 15 minutes.  Ringo gave me a drink and said to me that he would like to see me the next day and that I could go home to sleep and develop the film I made that evening and that’s just what a did.

The next morning, I took the train to Hilversum where Ringo was going to give an interview for the Dutch Radio between 12.00 and 12.30 pm.  I had to wait for about 20 minutes and then Ringo arrived.  So did Erik.  I was wearing a star so all the people who worked for the radio station thought that I had come there together with Ringo.  I said nothing about it because everyone would let me follow him.  The radio programme was live and the disc jockey was Joost den Draaier.  He welcomed Ringo and friends and started the interview, and I started filming and taking pictures.

After the radio programme Ringo went to a press conference in Bussum.  Erik gave me a lift to the Okura hotel.  We went to the lounge waiting for Ringo.  I was writing a letter to Paul McCartney because Ringo had promised me he’d give it to Paul with the colour photo from Rotterdam.  After 30 minutes Erik said to me that he would phone Henk, fellow editor of B.U.  As he went to the phone booth, Ringo suddenly came back into the lounge.   I went to him and reminded him that he had promised to give an interview to Beatles Unlimited mag.  Ringo asked if the name had already been changed.  I told him yes and he agreed to give the interview to Unlimited.  Nancy told me their room number, so Erik and I followed.  We went into the room where Ringo was waiting for us.  While Erik started the interview, I continued my letter to Paul.  Erik was very angry with me because he couldn’t understand that I was writing a little to Paul in the same room where Ringo was.  My task was to take pictures and he couldn’t understand why I wasn’t doing so.

After the interview, I went home, and the next day Ringo did a TV program which was his last in Holland.  Unlimited was there of course.  After the interview, I went home.  The promotion activities of Ringo for his new album had almost ended.  He only visited on Tuesday evening the only Dutch talk show and had his talk again.  When the talk show started with the opening tune, Ringo played the drums in the orchestra.  Besides the promotion talk, a promo film of one of the songs (made for Germany) was shown.  Unlimited was also present and took many pictures and films.  But their activities also stopped because Ringo went holidaying.

Ringo stayed another week in Holland to rest from the very tiring weeks he had promoting his album all over Europe.  His children visited him one day.  After this week, Ringo went away very silently and nobody noticed him again.