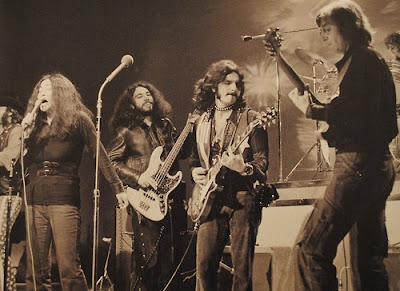 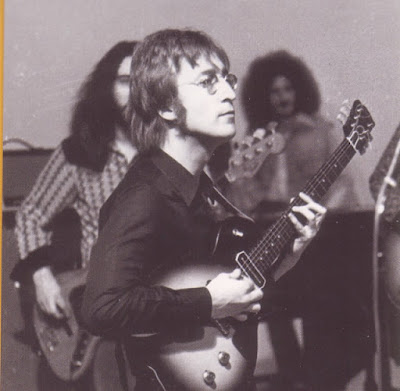 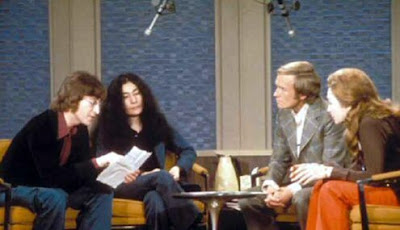 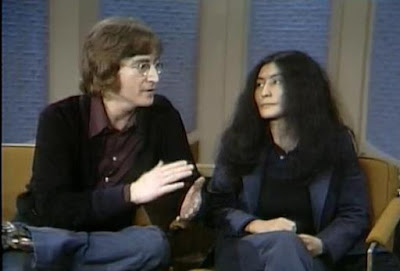 May 3, 1972 -  When fans think of John and Yoko on the Dick Cavett Show, they automatically think of John wearing the famous army jacket interview.    But John and Yoko returned in 1972.   This visit is controversial because they perform "Woman is the Nigger of the World" on the show and Dick Cavett is forced by the ABC executives to tape a "warning" about the song before showing it.

However -- I have other questions about the interview.   A big part of the interview is John and Yoko talking about Kyoko and how Tony Cox has taken her and they are trying to find her and why it is so important for John to remain in the United States.   At one point, Yoko holds up a photograph of Yoko and says that she is 8 years old and is asking the United States citizens to be on the lookout for her.   However -- in the DVD release of the show,  as soon as Yoko begins to hold up the photo, it is cut to a "Dick Cavett Show" place card.    Is that how it happened 50 years ago?    Or was it changed because of copyright or something from modern times?    Similarly, Yoko is talking about a hospital for children that is in need of funds.  John holds up a photo of children in the hospital and Yoko says that if you want to donate to the cause send money to and then she is muted!    She apparently gave out the address twice and on the DVD there is no sound.  Again I ask -- was this how it was originally?     Two important things she has to say in this interview and both appear to be censored. 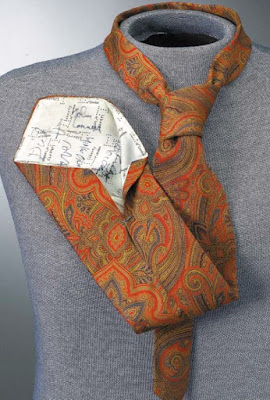 At the very beginning of the show, Dick Cavett comes out and auctions off the tie he was wearing to members of the audience.  The winner gets the tie for $30 and Dick Cavett, John, Yoko, and Shirly McClain all sign it.    The tie went up for auction in 2000 and sold for $2,000.