Marcy the Hippie from NYC 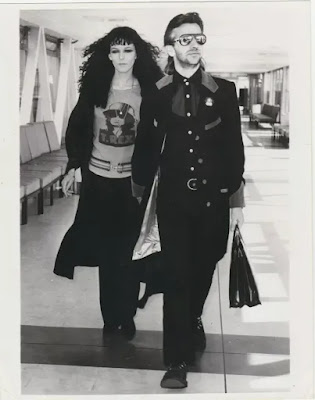 Marcy the Hippie from NYC

Marcy:  Hi (a little weak voice).  Am I disturbing you Ringo?

Marcy:  Well, you don’t know me, but I was wondering about something I was reading.

Marcy:  Well, is it true that you are forming a new group?

Rich:  Well, (pause) actually not a formal group, just for a film I have been making.

Marcy:  Oh, well because I read it in a magazine so I was curious.

Ringo:  How did you know where I am staying?

Marcy:  There was a picture of you in the papers and you stayed at the Park Lane in June.

Ringo:  You people are too much (laughter).

Marcy:  What do you mean by that? I mean if we didn’t do this and hang out for 2 hours to get a glimpse of you, you would probably wonder, right?

Rich:  Yes, I guess you are right about that.

Maureen was in the background, but couldn’t hear what was said.

Rich:  By the way, what’s your name?  I have been talking to you and I don’t know your name.

Rich:  Well, Marcy I have to run, thanks for the chat.

Marcy:  I liked them when they were still Tyrannosaurus Rex.  I have tickets to see them next week.

Rich:  Will do Marcy, bye now