A Women's History of The Beatles - A Book Review 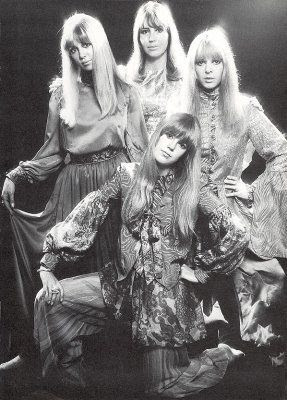 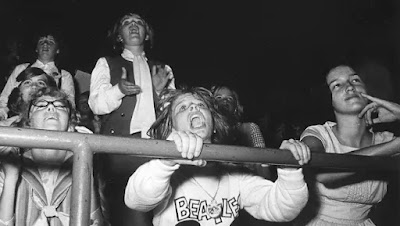 In early 2019, I was contacted by a woman in Australia that was writing something about female Beatle fans.  She wanted to ask me a few questions about my experiences as a female Beatle fan that runs a popular Beatles site online, how I became a fan and my experiences as a Beatles fan.   I wasn't quite sure what the unknown lady was doing -- was it a book?  A college project?   I didn't know --- but I am always happy to help out and I answered her questions.   Shortly after this interview, my significant other unexpectedly passed away and I totally forgot about this interview.
The things I said now appear in print in the book I am reviewing tonight, A Women's History of The Beatles by Christine Feldman-Barrett.   Thankfully Christine did show me the quotes from the interview prior to the publication of the book and everything I said is true and sounds exactly like me.  It is just so bizarre to me that I have no memory of answering the questions.
This book was extremely interesting and the topic of women and The Beatles is something no one has ever really written about before.    It examines the history of women that influenced The Beatles and how The Beatles have influenced women.     I especially enjoyed reading about the girls from the early years of The Beatles -- the fans from the Cavern Club,  the female family member of John, Paul, George, and Ringo, and the girl groups that influenced The Beatles musically.      The book also goes into the wives and partners of The Beatles and how Cynthia and Maureen fit into that stereotype of a Northern England wife.   Jane and Pattie were working women and that was an issue for both Paul and George.   Then Yoko and Linda came and they directly influenced John and Paul's music and the way both of them lived their lives.
Christine talked to ladies that are first-generation, second-generation, and third-generation fans. They tell their stories about how they became Beatles fans and how The Beatles have shaped who they are today.   It is interesting to see how The Beatles have shaped so many women's careers, music, and lives.  I found it really interesting that while there are obvious differences between first-generation fans and third-generation fans -  there are a lot more similarities.   The Beatles' music is universal no matter what year it is or where the women live.
This book is a little more academic than what I usually read and I will admit that I had to go back and re-read some things to comprehend what I had read.   This is one of those books that you need to spend time reading and not just read on the go.
Posted by Sara S. at 11:03 PM