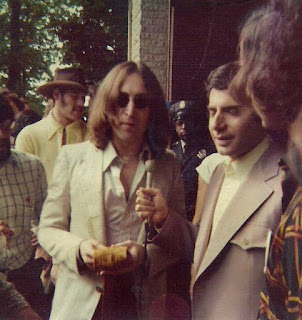 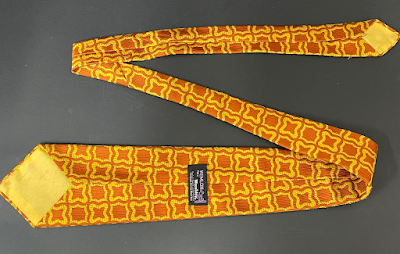 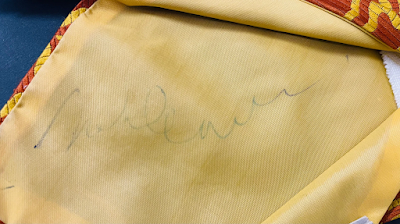 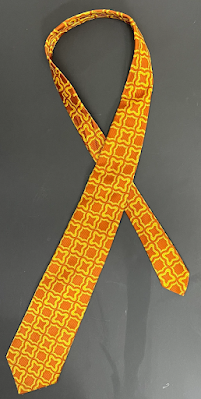 Over the years we have learned that while raising money in Philadelphia for the Helping Hands Charity, John Lennon auctioned off his sock and his hat.   Now, thanks to a current eBay listing, we learn that he also auctioned off his tie.  If you look closely, you can see in the photograph that John is holding the tie.  I personally could not find a photo from that day of John wearing this particular tie.

Here is what,  Ted Vollmer,  the person that originally bought the tie directly from John says about that experience:

John Lennon spent a weekend in Philadelphia in May 1975 to assist local news anchor, Larry Kane with the Helping Hands Charity marathon.  He made appearances at WFIL studios to greet fans.

I attended one of these events. Mr. Lennon, to garner money for charity, removed his own necktie from around his neck.  He held it up asking who would want to buy it. In spite of trying to act cool and calm, I was star-struck and rushed to the barricade offering my last $20 for the tie.  Mr. Lennon accepted the money for the charity and signed the tie.

I have had this tie in a plastic bag for the past 46 years. I am now ready to release it. I will no longer have the tie, but I will always have a good story.