Paul played the Superbowl 20 years ago 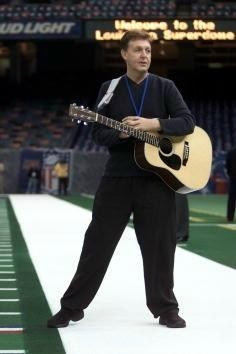 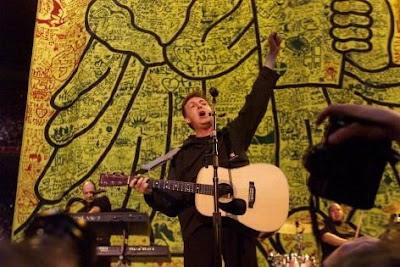 February 3, 2002 -  Remember when Paul played the Superbowl 20 years ago?  It was actually really exciting.   I can't stand football, and I think this was the only time I ever actually watched any part of the game.

To understand the excitement of this performance, you have to remember that it was just 5 months since 9/11 and for Beatle fans, just 2 months after George's death.   It was just a sad time in the country.  Paul's anthem, "Freedom" was just what we needed at that time.   So for Paul to come onto the television and perform that song for everyone was very exciting and emotional.   The performance was right before the game actually started.   The musicians that we now consider to be "Paul's band" were all there:  Rusty, Brian, Abe and Wix.   There were cheerleaders waving pompoms.   Then a gigantic Statue of Liberty banner was raised behind the band while people marched in front of the stage with flags from around the globe.   It was a tear-jerker of a performance and one that has always stayed in my mind.